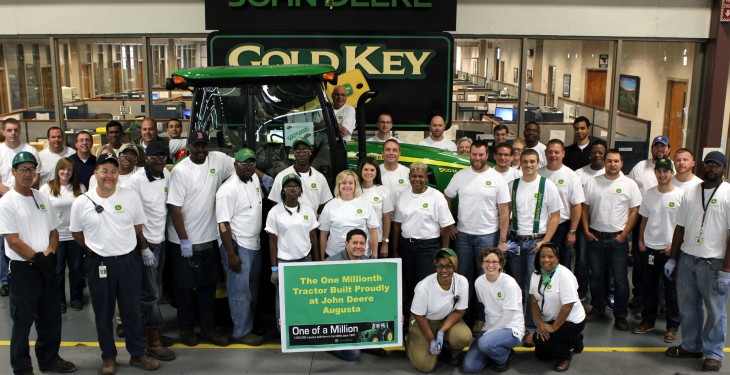 A John Deere 5100M tractor recently marked a significant production milestone as the 1 millionth tractor produced at the company’s Augusta, Georgia factory in the US.

Established in 1990, with the first tractor – a 55 Series model – coming off the line in 1991, the factory has specialised in the production of compact utility tractors and now supplies 1, 2, 3, 4 and 5 Series models from 26 to 115hp to a wide variety of customers and international markets.

According to John Deere, a wide range of transmission, operator station and pto options are available to tailor these tractors to individual customer needs.

Hitch Assist has recently won awards for innovation at machinery shows including EIMA 2014 in Italy and FIMA 2014 in Spain, following a Silver Medal at Agritechnica 2013 in Germany. The system is designed to make the coupling of implements and trailers to the tractor hitch quicker, easier and safer.