Major “on-site” machinery dispersal sale (auction) events come up just a handful of times in any given year here in Ireland; they are a more regular occurrence in the UK – thanks to the availability of a larger pool of equipment.

One such on-site sale was held on behalf of the so-called ‘Home Farm’ last week (October 26); the auction comprised of tractors, implements, trailers and other machinery.

Some workshop items also went under the hammer. It took place near Towcester, Northhamptonshire (England).

According to the auctioneer, some 150 farmers and contractors registered to bid. There were also some phone bidders on the day.

The auction was conducted by Fisher German. 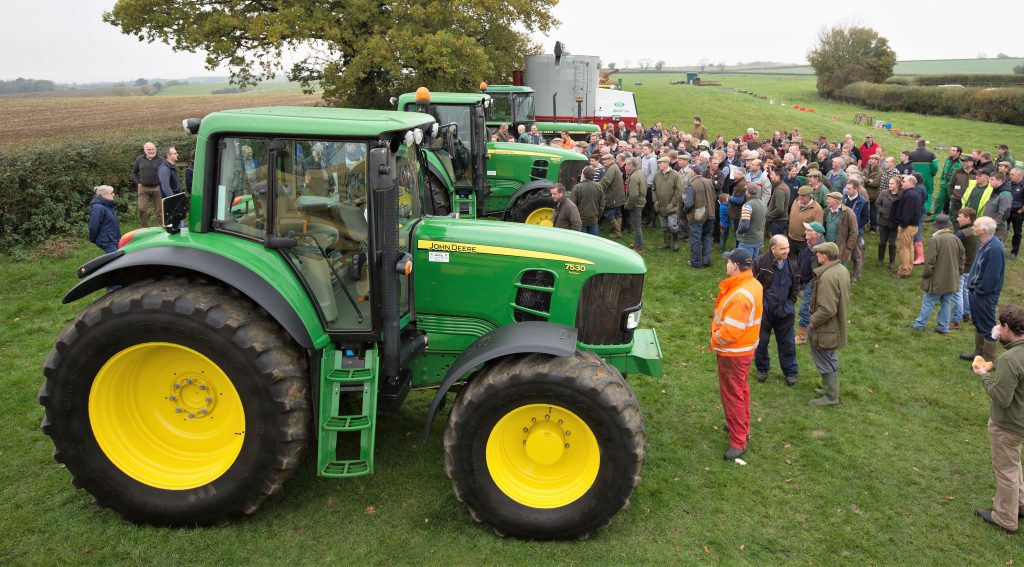 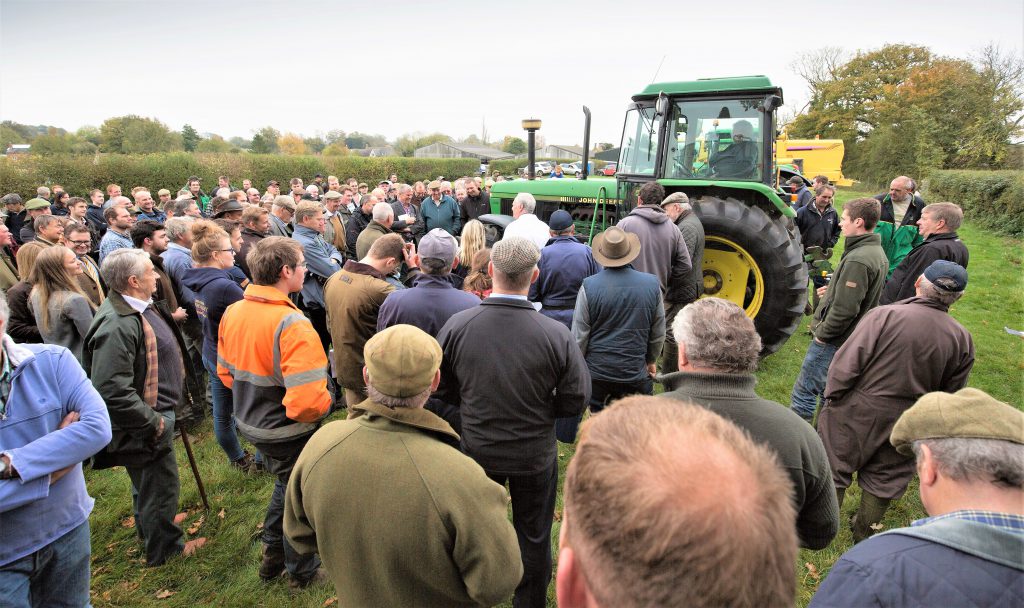 Tim Scrivener was at the sale for AgriLand; he sampled the atmosphere, captured these insightful pictures and jotted down the key prices and specifications.

Please note that all of the prices referenced in the captions below are in pounds sterling.

There was NO buyer’s premium applicable to these lots. The commission was levied on the seller.

VAT at the standard rate also applies to all lots (on the hammer price) unless otherwise stated. 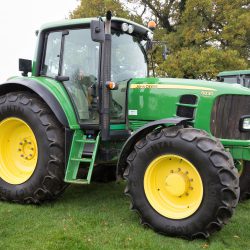 This 2008 John Deere 6830 had: 2,392 hours showing on the clock; three manual spool valves; a PowrQuad gearbox; hydraulic cab suspension; air conditioning; and an air seat. The hammer fell at £45,000 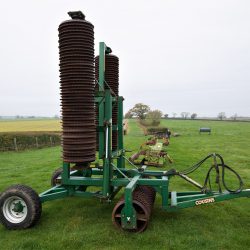 This folding, 6.4m Cousins Contour CR640HZZB set of ‘cambridge’ rolls, was equipped with 22in rings with breakers. It sold for £3,850 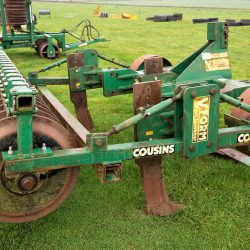 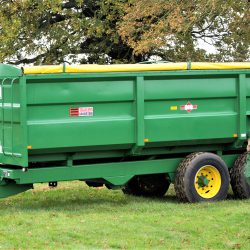 This 2002, tandem-axle, 14t AS Marston Ace grain trailer sold for £9,000. It came equipped with: leaf-sprung axles; hydraulic brakes; a sprung drawbar; a grain chute; and a roll-over cover 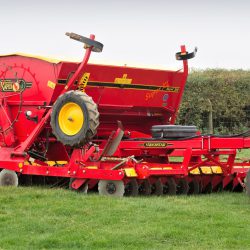 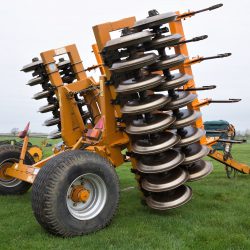 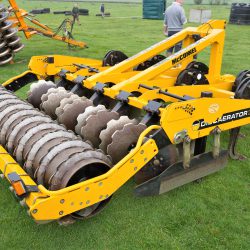 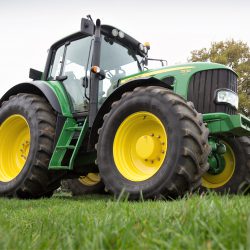 This 2011 John Deere 7530 had just 1,762 hours showing. It came equipped with: three manual spools; an AutoQuad gearbox; hydraulic cab suspension; and air conditioning. It sold for £56,800 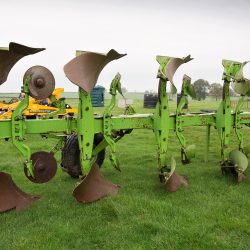 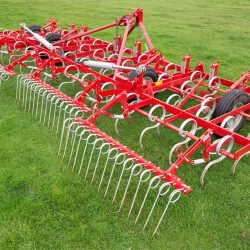 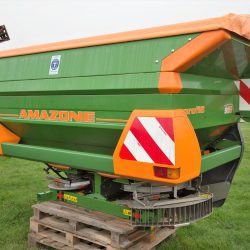 This 2011 Amazone ZA-M fertiliser spreader had: a 3,100L capacity; electric weigh cells; and a hydraulic headland limiter. The hammer fell at £5,050 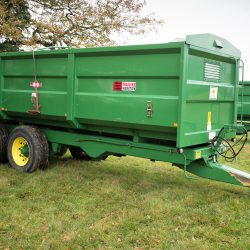 This 2007, tandem-axle, 14t AS Marston Ace grain trailer sold for £7,500. It came equipped with: leaf-sprung axles; hydraulic brakes; a sprung drawbar; a grain chute; and a roll-over cover 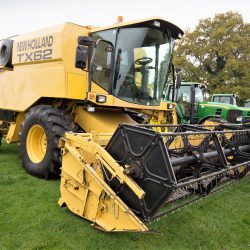 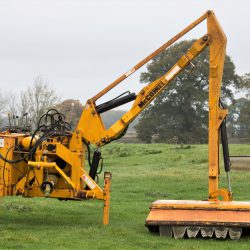 This McConnel PA500S Powerarm sold for £3,250. It had a 1m flail head and cable controls 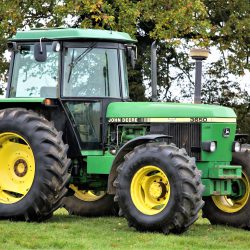 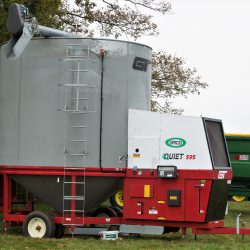 This 2013, 12t Opico Quiet 595OF dryer was supposedly used for just four harvests. It had an electric drive with gas burners. The hammer fell at £16,500 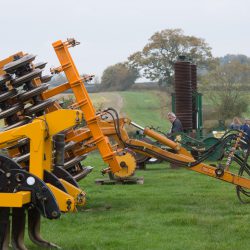 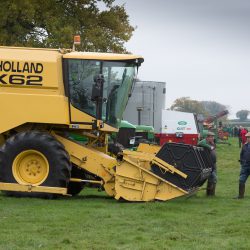 Another such auction was held on behalf of Chestnuts Farm recently (October 18). That auction was conducted by Brown & Co.

That sale comprised of tractors, handlers, implements and other machinery. It took place near Sleaford, Lincolnshire (England).