Time is running out for farmers who wish to spread farmyard manure (FYM) on their land, as the closed period begins this week.

Farmers are prohibited from spreading FYM on their land – and won’t be allowed to stockpile it on their land either – from Wednesday (November 1) onwards.

The spreading of FYM will be prohibited until January. This period comes to an end at different times of the month, depending on which region of the country a farmer is in. 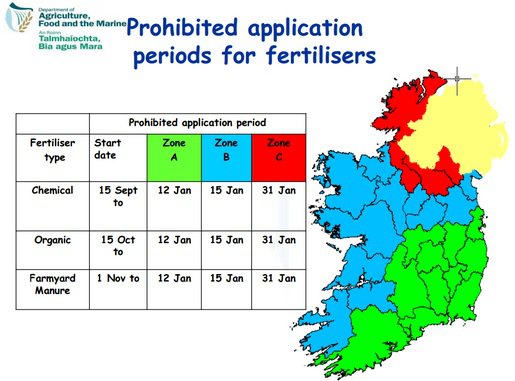 The aim is to protect ground and surface water, including drinking water. These regulations also prohibit such applications at any time of the year when the ground is frozen, waterlogged or heavy rain is forecast.

Farmers were prohibited from spreading slurry this year from October 15 onwards. Numerous calls were made by agricultural contractors, farm organisations and rural TDs for the deadline to be extended.

These calls were based on the fact that ground conditions at the time were unsuitable for spreading slurry in some parts of the country leading up to the deadline due to excessive amounts of rainfall.

Some farmers had also been forced to house cattle early due to this rainfall. Farmers were able to apply for a slurry spreading extension to the nitrates section of the Department of Agriculture, Food and the Marine.

Approximately 600 farmers applied to the department for a slurry spreading extension.

Farmers who wished to avail of such flexibility were advised to:

The fact that farmers who applied for a slurry spreading extension will be prioritised for inspections in future years was met with significant discontent from the farming community.