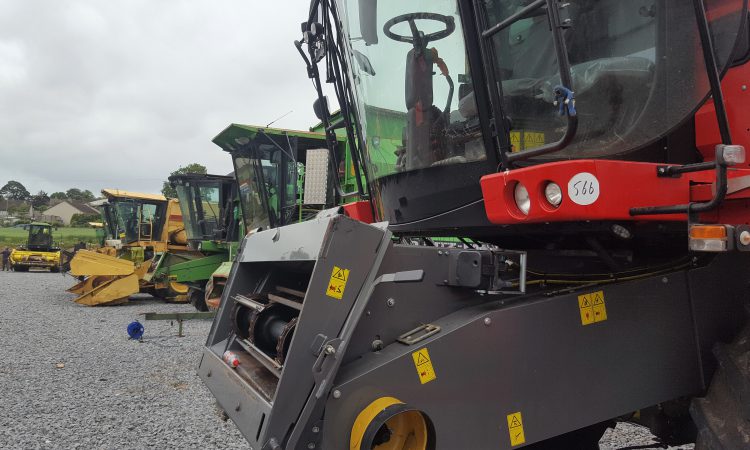 The sale encompassed hundreds of lots – ranging from small items right up to combine harvesters and self-propelled foragers. There were several tractors in the mix too.

The auction was conducted by Micheal Doyle Auctions (also based in Co. Carlow). Micheal told AgriLand: “We issued over 400 bidding numbers; some people were bidding over the phone. 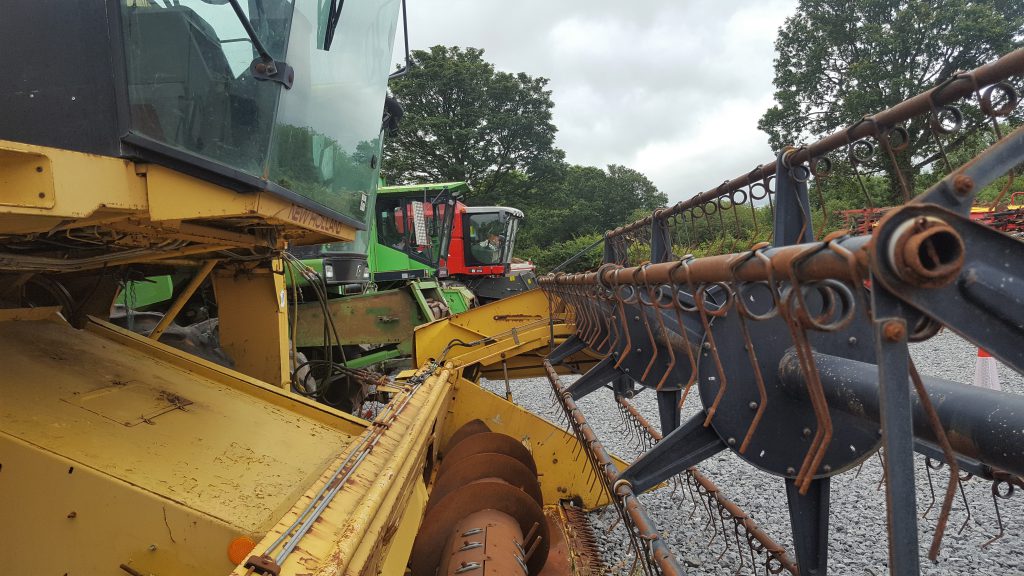 Almost all of the tractors found buyers. Bids, in most instances, surpassed the reserves. However, bidding wasn’t quite so brisk for the combines and self-propelled forage harvesters. None of the three foragers sold; just two of the many combines changed hands.

One of the most eye-catching lots was this 2015 Massey Ferguson Activa 7244 (pictured below). It was described as having just 243 engine hours on its odometer; it came with an 18ft-wide header (and trolley). 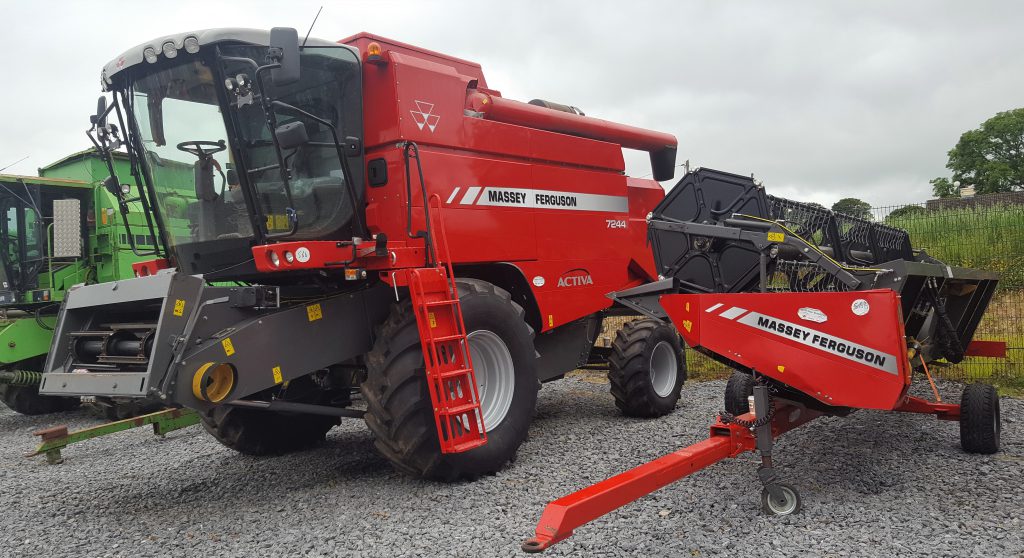 Bids topped out at about €44,000 (plus VAT and 5% commission) – some way short of the reserve. Negotiations are ongoing. It’s believed that the reserve is upwards of €60,000 – still apparently modest, considering this combine’s age/condition.

It’s worth noting that Massey Ferguson’s Activa line-up is built in Breganze (Italy) – in a factory that’s most readily associated with the Laverda brand-name.

Meanwhile, the remainder of this report (below) focuses on some of the other harvesters that were up for grabs, along with a trio of Valtra tractors that went ‘under the hammer’. 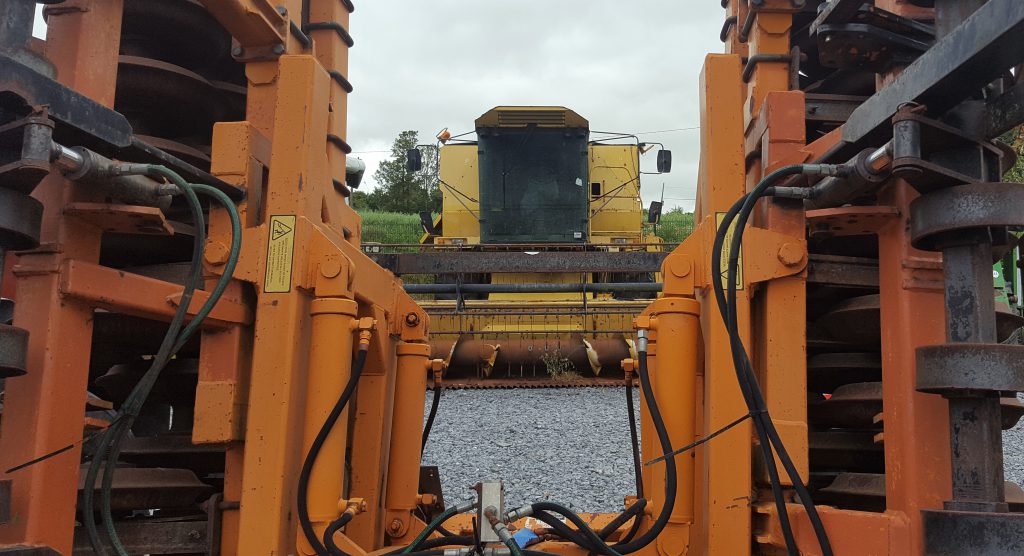 In an accompanying article, we look at the other tractors – to see how they fared.

All (hammer/sale) prices were subject to a ‘buyer’s commission/premium’ of 5%.

All (hammer/sale) prices were also subject to VAT (i.e. VAT must be added to all of the prices in the captions below).

Click on a thumbnail in the gallery (below) to open up a full-size image; once opened you can scroll sideways to see the next picture. Refer to each caption to see details of each lot, including the hammer price (where applicable). 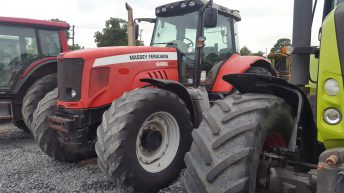 Auction report: Cheap horsepower ‘under the hammer’ in Borris?