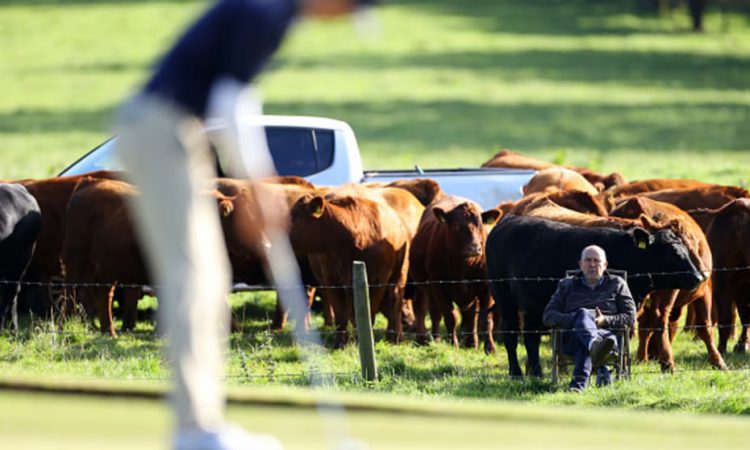 A Co. Antrim farmer and his cows had front row seats at the 2020 Dubai Duty Free Irish Open, while American John Catlin earned his second European Tour victory in a month.

The golfing competition, which has a €6 million prize pot, took place behind closed doors this year as government Covid-19 restrictions prevent crowds from gathering.

But that didn’t stop one lucky sports fan from getting up close to the action. Ballymena farmer Billy O’Kane, whose ground marches the course, managed a front-row seat near the 14th hole.

Already well-known in UK and Irish farming circles, the award-winning beef farmer and his stabiliser cattle are now well known around the world having been broadcast around the world during the tournament’s official coverage.

“There’s one of the few spectators outside the bubble. He’s got a few friends as well…” one of the commentators said.

“They’re ready to steal his Kit Kat I think…” another quipped. “Photograph that, somebody – quickly.”

Speaking to BBC Sport NI, O’Kane said he decided to bring a flask out and chair with him on his evening rounds on the off-chance he might catch some of the action.

“I really decided to go check my cows,” he said.

“I knew that there weren’t many people allowed to go watch the golf and I could go and watch it across the river so I took a deck chair and a flask of tea with me and sat and watched five or six groups. The sun was shining and I really, really enjoyed it.

“They’re very good players – much better than me,” he added.

An update posted later by the European Tour showed Billy had moved on from his deck chair on to a bucket to make way for his mother.

The tournament was won by 29-year-old American John Catlin who finished 10 under par. England’s Aaron Rai finished in second. 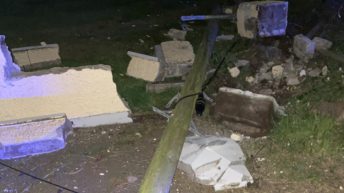