Antibiotic resistance is a ‘people problem’

UCD Professor Patrick Wall believes that the only way to achieve minimum use of antibiotics is to have healthier livestock.

Wall said that if disease was controlled then there should be no need for antibiotics, which “should not be used as an excuse for sub-optimal standards of livestock husbandry”.

Speaking at the recent Sustainable Irish Food Production in 2025 veterinary conference, he added: “Yes, antibiotic-resistant superbugs are on the rise. But resistance is not a pathogen problem; nor is it a poultry or a pig problem. It is a people problem.”

Wall said that the health of animals can be improved through breeding disease-resistant livestock, utilising optimum nutrition, strict biosecurity on farms, and strategic immunisation strategies.

When antibiotics have to be used, it is vital that the right dose of the right product is administered at the right time.

“Antibiotics are a precious resource. There are not many new ones in the pipeline and the more we use them the faster we will lose them.”

Wall confirmed that the inappropriate and overuse of antibiotics leads to the generation of bugs that are resistant.

“The fear is we will have super bugs with no antibiotics that can treat them.”

According to Wall, 80% of antibiotic usage is accounted for by intensive farming businesses. And, while Ireland is at the lower end of the antibiotic usage league, there is still no room for complacency.

He pointed out that a number of the world’s major food-service companies are setting the agenda by pledging to use meat from animals that have never received antibiotics, but warned this may be unachievable.

Subway has also committed to doing the same with turkey over the next two-to-three years and with beef and pork by 2025.

“The marketing people in these companies are responding to consumer concerns about the overuse of antibiotics but it may not be possible for the technical people to deliver on this pledge.” 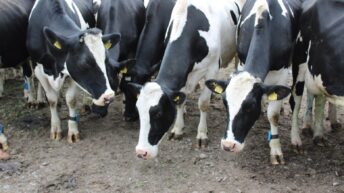