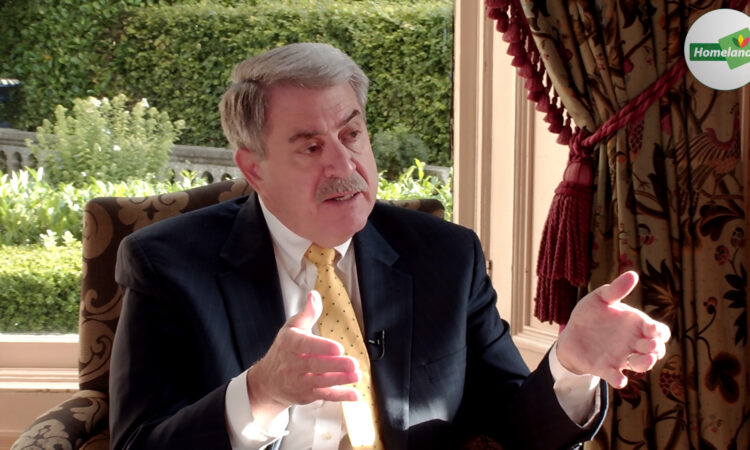 When it comes to beef consumption in the US, Americans predominantly want grain-fed cuts, the US Under Secretary for Trade and Foreign Agricultural Affairs, Ted McKinney, has stated.

The high-ranking official made the comments while addressing the reasons why Irish beef exports to the US have been of considerably low volumes since Ireland became the first EU member state to be granted beef market access to the US in over 15 years back in January 2015.

This was due to a ban on EU beef for BSE reasons.

According to data from the United States Department of Agriculture (USDA), a total of 880t of Irish beef made the trip across the Atlantic Ocean by the end of the fourth month of 2018 – this equates to a 31% increase compared to the corresponding period in 2017.

In an interview with FarmLand at last month’s Agricultural Science Association (ASA) conference in Co. Kildare, the Under Secretary for Trade said the moderate progression was down to a number of phenomena.

“First, it just takes a while to ramp up. Americans love US beef and our beef producers have been ramping up.

But, I’ll tell you we have gone out of our way to enhance, make room for, allow for and support the incoming Irish beef; so, I think it is natural forces.

He stated that there has been some competition from other countries too.

“So what I’ve shared with your beef producers at the event here is ‘stay the course’. There is a market there for them; but if anything we have enhanced the opportunity for them to have some market access – there is no blockage of any sort by us,” he said.

Statistics from the Central Statistics Office indicate that some 992t of Irish beef were exported to the US in the first year of access (2015) – equating to a value of €5.452 million.

Last year, the USDA granted approval of Bord Bia proposals to advertise the unique qualities of Irish beef stateside in a bid to increase interest among retailers and consumers.

The approval stood over claims that Irish beef is: more than 80% based on grass diet; originates from farms participating in Bord Bia’s Origin Green Sustainability Scheme; is fully traceable from farm to fork; is raised without the use of growth hormones; from family farms; and is treated with the responsible use of antibiotics.

However, Under Secretary McKinney stated that grain-fed beef remains the cuisine of choice in the US.

There is certainly a clientele that wants grass fed; but I would say the predominance of the American diet is they want grain fed.

“But, for that segment that wants grass fed and is requesting it, I think therein is a very good opportunity for Irish beef; but I think this is just a matter of timing, it’s a matter of when, not if.

“We have always been a very open country for these kinds of competitors, I’ve always believed trade is a two-way street.

“Hence the work by our ad marketing group in the USDA to give them that classification that might give them a leg up,” he said.

Last year a group of USDA inspectors also visited a number of sheepmeat plants to assess the high standards of Irish processing facilities in a bid to progress Irish sheepmeat access stateside.

McKinney is optimistic about future trade opportunities for the sector.

“I think it’s growing slowly; there has just been such history with beef, pork and poultry and less so lamb. But, the diet for lamb is growing, it’s pretty darn good, and so I expect that small ruminant rule to be coming to closure pretty soon and I think that would allow access for Ireland to send some lamb over.

“But, it is decidedly different in other parts of the world and that’s why you are seeing this right sizing on trade, less so with Ireland, but with other countries around the world because why should we open up the way we do to other countries’ food and agri products only to find that there is not reciprocal receptivity from the other side,” he said.

Although the Under Secretary for Trade and Foreign Agricultural Affairs refrained from passing comment on the ongoing Brexit negotiations, he said the US will be open for business afterwards.

“I’m going to refrain from passing judgement on that. I will say though that we are open and ready to do business with whatever entity has that negotiating desire. With Ireland I think we can build on what we already have.

If the UK decides to go, we most certainly would want to interface with them. But, that does not mean that we want to do harm to anybody else, so it all depends on how the agreement with the EU settles.

“Whether or not the UK goes through with the Brexit, my sense is that it probably will happen; that’s what I’m hearing and then it’s just a matter of working with the countries that want to work with us,” he said. 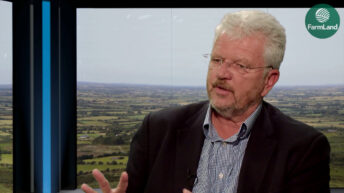