Amazone recorded a record turnover last year of €515m up 12 per cent due to significantly increased sales.

In parallel to the increase in turnover, the number of Amazone employees rose to 1,800. The export share still is about 80 per cent and the investment in research and development amounts to more than five per cent of the turnover.

For Amazone the markets with the highest revenues are France, Russia, Poland, Great Britain and Scandinavia. In the German market, Amazone further increased its high turnover level of previous years. Amazone has also managed to strongly increase its sales figures, in amongst other areas, in the Baltic Region, in Spain and in Romania.

In Great Britain, Amazone saw again a record turnover with significant increases especially in the areas of fertiliser spreaders and trailed and self-propelled sprayers.

Again to cope with this additional business, staffing levels in Britain were increased in both service and product support.

“We are especially pleased that, after a very good year in 2012, we were able again to increase the turnover so significantly and thus are even over the average of the sector,“ Amazone directors Christian Dreyer and Dr Justus Dreyer comment about the 2013 year’s results.

For Amazone the reason behind its recent success is that it continuously invests in the expansion of the factories and in the development of new machines. This was continued in 2013, with a €25m investment in the further expansion of production capacity.

Amazone has also expanded its capacity in service and customer service. Here, not only has the number of employees been increased but the training offered to Amazone sales partners has also been intensified. 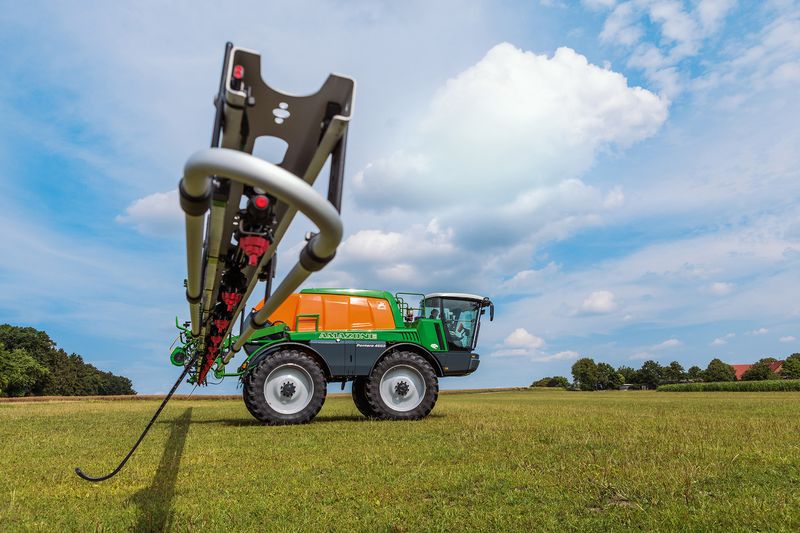 At Agritechnica 2013, one of the world’s leading trade fairs for agricultural technology, Amazone, with its products, again introduced to the market a broad range of innovations.

There was an especially strong interest for the newly developed Cayron reversible plough. The new plough is of significant strategic importance because Amazone now also offers the technology for conventional soil tillage and thus makes available a complete machinery programme for professional crop production.