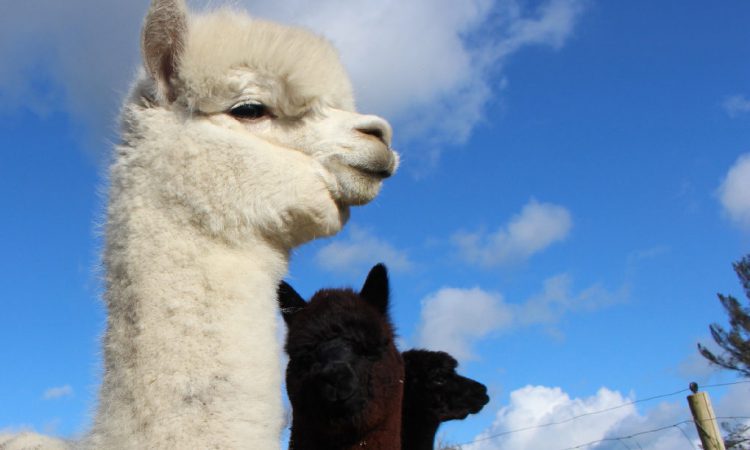 Alpacas are generally docile but new owners need to be assertive in handling them, according to the Clare-based couple behind Loop Head Alpacas.

Billy and Valerie Leonard set up an alpaca farm after they bought a small farm just outside Kilkee, on Loop Head, in 2015.

“There’s the usual pecking order in the herd and the intact males would fight and could do damage if there is a female about.

“People think they are cuddly pets but if you get too cuddly – especially with males, but also with females – when they’re young, they could imprint on you – treat you like one of their herd – and become very dangerous by displaying dominant behaviour known as berserk male syndrome,” said Billy.

“They can be put in with ewes and poultry. The owner we bought from told us a story about selling to a horse owner who wanted them to be in the same field. The alpaca vendor advised against it and before he had returned home from delivering the animals, he got a call to say the horse had kicked and killed one of them,” he said.

“On the other hand, we woke up one morning to find two of our horses had broken in and were happily grazing alongside them. I have never heard of them running with any other livestock other than ewes and poultry but I’m sure there is always an exception,” Billy said.

“Alpacas are also curious but cautious and require firm assertive handling when giving injections and trimming toes,” he said.

The Leonards recommend that people buy from Alpaca Association of Ireland members.

“Our lads’ ancestory includes Peruvian, Chilean and Australian and a UK import, Inca Goldsmith, from which others have also imported. Friends here recently sourced some females from the UK.

They can be expensive to buy, depending on what you need and for what purpose. A pair of gelded males can be perfect for protecting lambs or poultry – they will kill a fox and stray dogs.

“Pregnant females are obviously more expensive and as with any other animal, prices vary according to breeding and quality of fleece. If you want to compete in top breeding, then expect to pay thousands for a stud male,” Billy said.

“Alpacas are herd animals and should never be kept on their own,” said Billy. “Generally, new owners would be advised to start with a few females and see how they go. They should be assertive and comfortable working around these animals.

“Their ancestors would have been very used to extremely cold temperatures high up in the Peruvian mountains. Indeed, their fleece was what was used to keep people warm while lamas were mainly used as pack animals and sometimes meat.

“They need shelter from the driving rain here in the west and very wet ground will affect their feet, being camelids and having two leathery type pads on each foot.

They are what we would call ‘do-gooders’ in the horse world. They will do well with basic grass and other nice offerings in the meadows and young leaves.

“They get haylage or hay here in winter when grass is limited but can’t tolerate silage. They enjoy apples and carrots as treats. Their ‘alpaca poo’ is as good as horse manure and can go straight onto the garden as it doesn’t need to be broken down first.”

Those interested in finding out more can attend one of Loop Head Alpacas’ open days this summer. Advance booking is essential as numbers are restricted to 12 people per visit.

More information is available by phoning: 083-8476093; or by emailing: [email protected]; and by going online at: www.loopheadalpacas.ie. 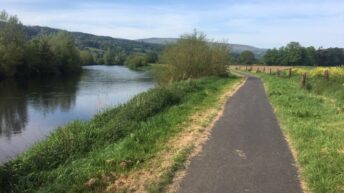 Farmer sees Blueway as ‘good for tourism and the area’