Almost €1 million in funding has been granted to three research projects by the Department of Agriculture, Food and the Marine.

The results of the 2017 call for research proposals in selected agri-food related areas under the US-Ireland Research and Development Partnership were announced today by the Minister for Agriculture, Food and the Marine, Michael Creed.

The 2017 US-Ireland Research and Development Partnership Call was open to applicants in three key thematic areas, including:

Commenting on the development, the minister said: “I would like to congratulate the Irish applicants and their collaborating partners in the US and Northern Ireland on their success under the USDA’s National Institute of Food and Agriculture 2017 call for proposals.

“It is a testament to the quality and value of researchers working across the island of Ireland that they have been selected in a rigorously competitive process from amongst some of the world’s leading academics and institutions.

“We are delighted to be able to support this collaboration with the US and Northern Ireland, which continues to develop scientific linkages between all three countries whilst helping to make an important contribution to addressing shared challenges in the agri-food sector.”

Advertisement
The three projects funded include:

These three awards are in addition to funding totalling over €345,000 to the project entitled ‘Application of next generation sequencing for the identification of DNA based biomarkers in regulatory regions of the genome for susceptibility to bovine respiratory disease complex – BRDC-Seq’.

This project was successful under the 2016 call and again represents a significant achievement for Irish based researchers, according to the department.

It is hoped that the results of the latest call will continue to promote and establish Irish scientists at the forefront of animal husbandry, diagnostic disease testing and pioneering treatments in the agricultural sector.

Concluding, Minister said: “Today’s announcement will further deepen Ireland’s involvement in strategically important agri-food research initiatives and I expect successful projects will be key enablers in the delivery of priority targets in terms of emissions and sustainability in both a national and international context.” 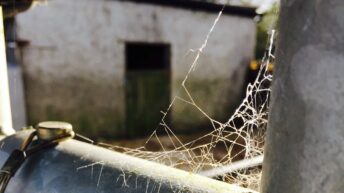