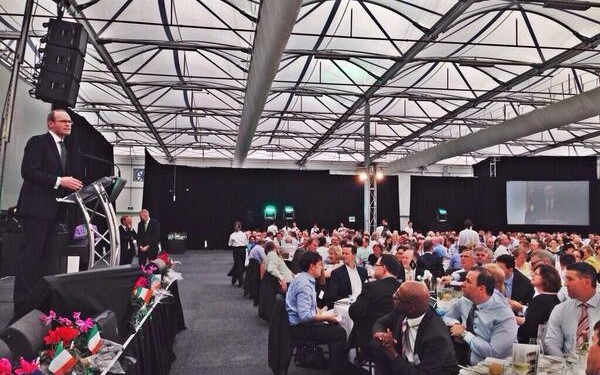 Continuing his visit to Australia for Saint Patrick’s Day, the Minister for Agriculture, Simon Coveney, has been meeting Irish community groups in Sydney and in Brisbane.

Commenting on the programme of events the Minister Coveney said: “I am delighted to have had the opportunity to meet so many members the Irish diaspora here in Australia and I look forward to meeting many more over the coming days.”

The minister added: “It has been particularly important, I feel, to meet those members of the Irish community who have arrived here over the last few years, to hear of their experiences and to highlight the measures the Government is taking to increase job opportunities in Ireland.

“There are many Irish people working in Australia where their skills are sought after and are held in high regard by employers in the local economy.  Its essential that we continue to create the conditions in which they can return to work in Ireland if they wish to do so”.

Minister Coveney will attend further community events over the celebrations, including an Irish-themed AFL fixture between the Sydney ‘Swans’ and the ‘Giants’, which will be preceded by an exhibition Gaelic Games, and the annual Saint Patrick’s Day parade and Family Day which will take over Sydney’s central business district. The minister will then travel to Melbourne, before returning to Sydney to attend the ‘Greening’ of Sydney Opera House on today Saint Patrick’s Day.