Agricultural show in the west of Ireland enters its 113th year

Mountbellew Agricultural Show in Co. Galway – which takes place on Saturday, September 16 – is entering into its 113th year.

The show, which will be held on the grounds of Mountbellew Agricultural College, has adopted a family fun theme for 2017.

Speaking at the launch of the event, Show Chairman Sean O’Neill highlighted the hard work put in by the show’s committee in coming up with new ideas to attract visitors.

Our show will encapsulate all the very best rural traditions and lifestyles of the thousands of people to live and work in rural Ireland.

Meanwhile, the show will host the National Warm Blood Foal Competition, which has a prize fund of €1,000, the show’s Vice Chairman, Frank Collevy said.

He also pointed out that prize money worth over €2,500 has been made available for the traditional sport horse foal competition. Winning colt and filly foals from over 20 shows across the country will be making the trip to Mountbellew for the final, he added.

Mountbellew Agricultural Show’s committee is also honoured that the event has been chosen by the Irish Show Association to host the Osmonds’ Eco Fleece All-Ireland Final of the Galway Ewe Lamb competition.

There seems to be much more interest in the general sheep classes than ever before, Chief Steward, Rita Hughes, said. 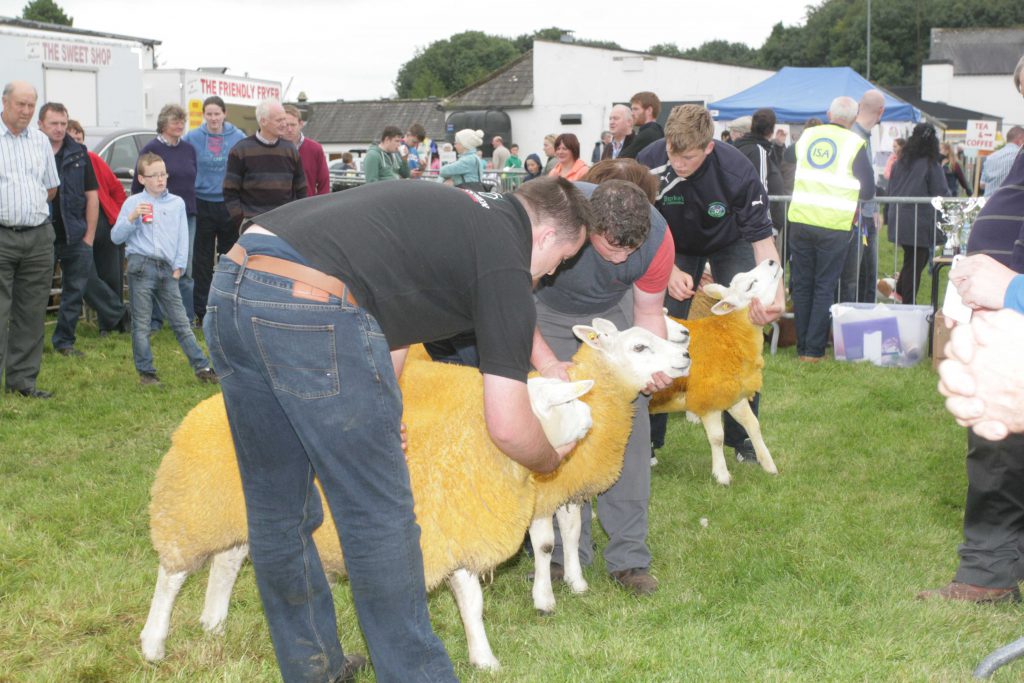 The cattle section – which was reintroduced to the show a few years ago – continues to expand. Chief Steward, Tom Finnerty, indicated that the very best quality of pedigree and commercial cattle from all over Ireland will be on show.

Another aspect of the show is the entertainment provided for all the family, both young and old.

Visitors will be able to view exhibits of flowers as well as a variety of arts and crafts. The show will also incorporate a poultry section and a dog show.

There will also be a variety of ways to keep children occupied on the day, including a kiddies’ corner, children’s ‘Tug-of-War’ competition, pony rides, face painting and much more.

All children will be admitted free to the event, according to the show’s Treasurer, Vincent Flynn. Specially-designed tea rooms will be available for the comfort of all patrons and ample, free car parking facilities are located close to the showgrounds, he added.