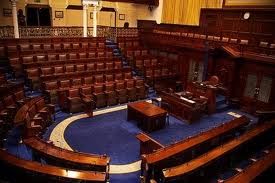 Responding to a question from Deputy Éamon Ó Cuív in the Dáil today, Farm Minister Simon Coveney confirmed that agri employment levels within the farming sector had increased significantly during 2013, according to official figures released by the Central Statistics Office (CSO).

“Employment increased in ten of the 14 economic sectors over the year and fell in four.

“The increase recorded in agriculture, forestry and fishing was up 29% or 26,800, giving a total of 116,800. The CSO has advised that due to necessary changes in the sampling framework introduced incrementally to reflect the 2011 census of population, the first fully valid year-on-year comparisons for the agriculture sector will only be available from Quarter 4 of 2014.

“The CSO does not publish figures for the sub-sectors within agriculture, but QNHS data for Quarter 4 of 2013 shows that the agrifood sector makes a significant contribution to employment at national and regional levels. Table 1 sets out the employment figures for the total agrifood sector, including primary agriculture, forestry and fishing, as well as food, beverage and wood processing, and calculates its share of total employment by NUTS 2 and NUTS 3 region. This shows that while the agrifood sector accounted for over 9% of total employment in the State as a whole, it accounted for over 14% of employment in the Border, midlands and western, BMW, region.

“These figures underline the importance of the sector at a regional level, as well as the opportunities for further development that the implementation of Food Harvest 2020 will bring.

Responding to this Deputy Ó Cuív said that there was no increase in income tax revenue or the number of farmers claiming the single farm payment in 2013 and added:

“Let us get real: the Minister and I know one of the main reasons is that those with a small farm, PAYE job and on jobseeker’s benefit could no longer claim the benefit on becoming a full-time farmer.”