A ‘world’s first’ from Strautmann: A diet feeder that needs no driver

Strautmann will unveil what it describes as a “world’s first” in the world of diet feeders at next week’s massive Agritechnica show in Germany.

The Verti-Q name is essentially an amalgamation of the Verti-Mix SF (basic machine) designation, along with a “smart” control system (IQ). Based on more than 20 years of experience in the field of self-propelled diet feeders, Strautmann claims that its autonomous machine is a pointer to future trends.

The Verti-Q system enables “all operating processes to be carried out autonomously”, covering everything from fodder intake and transport about the yard, right through to mixing and distribution (feed-out).

The key feature is a GNSS (Global Navigation Satellite System), which enables the machine to manoeuvre about a yard – apparently with centimetre precision.

In addition, a 2D laser scanner (rotating around its own axis for three-dimensional detection of the surroundings) determines the best position for the cut surface in the pit or silo. Moreover, there are various sensors to monitor and record all manner of machine parameters.

On-board, real-time calculations are carried out by an “industrial computer”. Operating functions, such as the pick-up milling cutter, the mixing auger or the fodder discharge unit, are also governed by this computer.

Advertisement
Various safety systems, such as cameras and sensors, interact with each other – to “ensure safe navigation – in any weather conditions”.

The Verti-Q system sees the machine retain an operator’s cab and controls. This enables “conventional” road travel or in-yard operation, with a driver on-board.

The machine is already in use – in a controlled environment.

Tests and limited availability on commercial farms are planned for the middle of next year.

The distributor for Strautmann machinery here in Ireland is Kilkenny-based IAM.

Strautmann self-loading silage wagons have proven popular with quite a number of Irish contractors over the years, not least due to the firm’s CFS rotor. Sitting behind the pick-up reel, it comprises a roller equipped with a shallow spiral, which is designed to spread the incoming crop across the full width of the rotor. 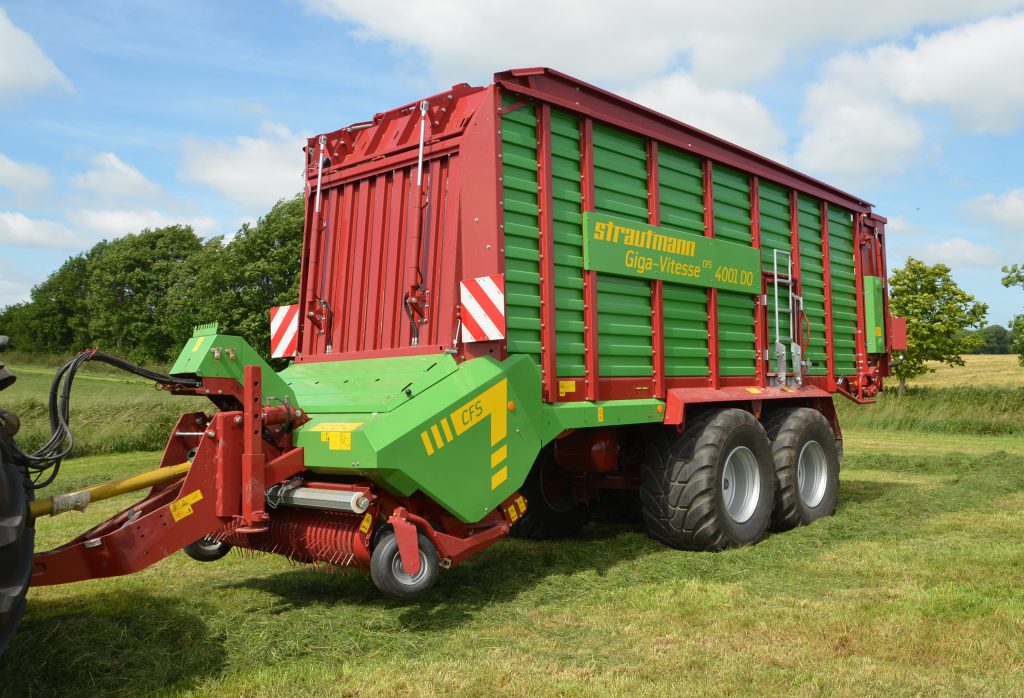 A Strautmann Giga-Vitesse silage wagon equipped with a CFS rotor

This, says Strautmann, evens up the load on the feed rotor and knife bank, thus evening wear rates. It also, says the firm, negates the need to weave along a narrow swath to fill an even load.

Flailbot takes remote trimming to the 'next level'