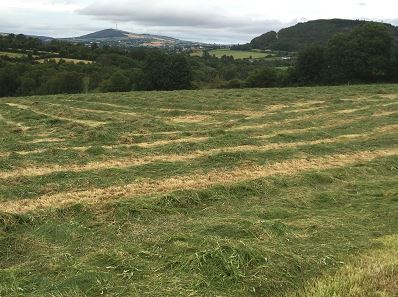 This week will be mainly dry with temperatures reaching the high teens and low twenties says Met Eireann. There is a possibility of heavy showers in the west and north on Monday but these will clear to leave a mainly dry week.

Today (Monday) will be mostly dry with some scattered showers. The north and northeast will have the worst of the weather with heavy and thundery showers which will clear up as the day progresses, Met Eireann says.

There will be maximum temperatures today (Monday) of 15 to 19 degrees in moderate west to southwest winds, it says.

Tonight (Monday) will be mainly dry with some clear spells with mist patches moving in from dawn, according to Met Eireann.

Tomorrow (Tuesday), Met Eireann says, it will be mainly a dry day with good bright spells.

The weather will improve, with higher pressure making it mostly dry, with just the risk of light passing showers.

There will be highs of 15-18 degrees in light west to northwest breezes, it says.

Tuesday night will be dry and cool with clear skies with lows of 6 to 9 degrees with some mist forming in the slack winds.

Wednesday will stay dry with good sunny spells, but there will be a few spots of drizzle in northwestern coasts. Temperatures will reach highs of 16 to 21 degrees, Met Eireann says.

There is a possibility of some showery rain in parts of the east and south east of Wednesday night, but these showers will clear by Thursday morning.

The good weather will continue on Thursday, but it will be cloudier along the west coast. Temperatures will reach 17 to 21 degrees with the warmest weather occurring in the east of the country, it says.

The weather is set to become fresher on Friday as outbreaks of rain arrive in the afternoon. Temperatures will reach highs of 15 to 18 degrees.

Met Eireann says the weather will be cooler and fresher for the weekend once again but will remain mostly dry with the exception of a few showers.