Tightening beef cattle supplies, this week, have added a bit more bite to the beef trade with most processors opting to increase steer and heifer prices by 5c/kg.

During this period weekly beef supplies passed the 35,000 head mark on a number of occasions.

Factories, particularly those edging towards the west, have upped the price in order to secure supplies this week.

But, despite the slight rise in prices, the majority of continental steers brought to slaughter under a store-to-beef system will struggle to cover their costs this year.

Teagasc figures show that winter finishers of these animals will need to receive a price of between 410-438c/kg to cover costs this spring.

IFA National Livestock Chairman, Angus Woods, said agents are reporting that it’s harder to get stock this week as farmers are extremely busy due to a change in the weather, lambing and calving.

No change in the cow market

Meanwhile, looking at cow prices, there has been no chance in the market with the majority of processors continuing to work off last week’s prices.

Buyers are beginning negotiations with farmers for suitably fleshed R grade cows at 330-340c/kg, while P and O grade cows are being quoted at 305-310c/kg and 310-315c/kg respectively.

Looking at the national average steer price for the week ending March 5, factories paid an average price of 403c/kg for base heifers – a decrease of 0.22c/kg on the previous week. 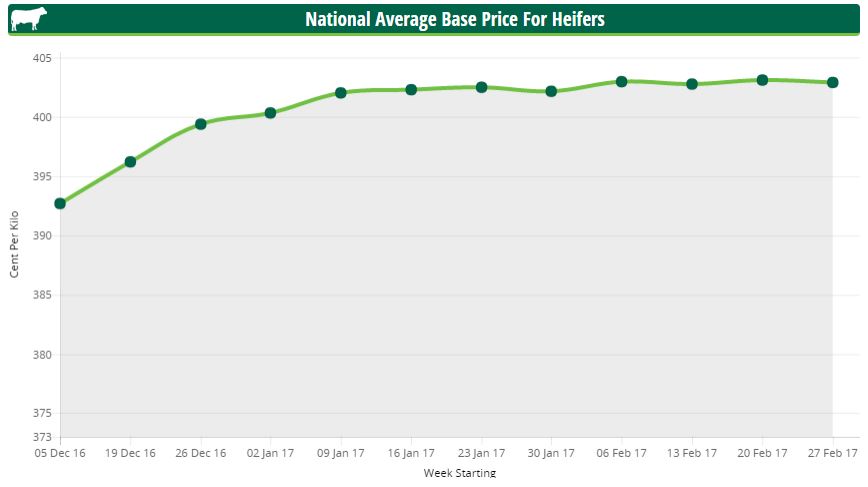 The national base steer price for the week ending March 5 stood at 392c/kg, which is up 0.55c/kg on the week before.

These prices include breed-specific and producer group bonuses where applicable. 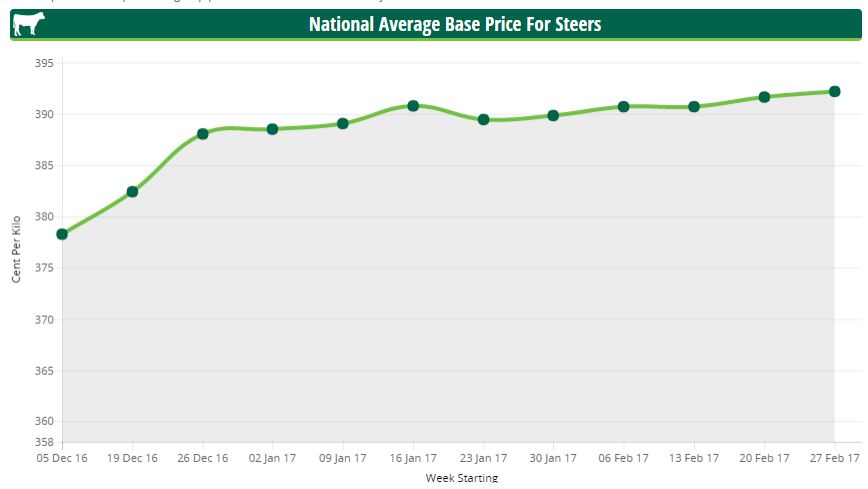 According to Bord Bia, the UK beef trade has steadied on the back of strong retail demand with supplies remaining relatively strong.

British R3 heifer prices made the equivalent of 416c/kg, while the same animals in Northern Ireland made 408c/kg.

Bord Bia also said that the French market has shown little change, with low demand reported for offal type products and traditional cuts such as entrecotes and steaks.

'Entire EU beef market will feel the effects of Brexit'