Lely to sell forage machinery business to AGCO – the owner of MF, Fendt and Valtra

According to Lely, the sale will “allow it to fully concentrate, going forward, on the dairy segment, which involves the development of milking robots and other innovations for increasing efficiency, sustainability and animal welfare on farms”.

The deal will allow AGCO to expand its range of forage harvesting equipment.

Up until now, Lely had focused on “two totally different product categories and markets” with its ‘dairy’ and ‘forage’ businesses. It says that it embarked on a “strategic reorientation” some time ago.

The result of this is that Lely plans to focus on the development of robotics and other innovations in dairy farming. CEO Alexander van der Lely explained: “Lely intends to focus entirely on its role as an innovator in the field of robotisation and sensor/data systems for use on dairy farms.

Over the last 15 years, these product groups have grown into a successful activity for Lely, with a great deal of potential for the future. Besides the innovative milking robot, other products have also been developed that are primarily based on automation with the aid of robots.

The production of ‘dairy’ equipment will continue in the existing factories in Holland, the USA and Germany.

At the same time, AGCO’s Chief Executive Officer Martin Richenhagen said: “The integration of Lely’s industry-leading competence in hay and forage harvesting will further strengthen our relationships with our dealers and customers worldwide”. 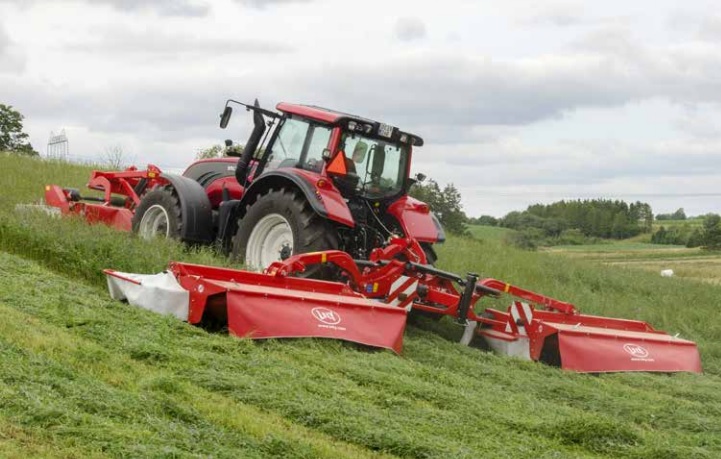 The German factories in Wolfenbüttel (balers) and Waldstetten (loader wagons) will become the property of AGCO. The employees will also ‘move’ from Lely to AGCO.

Lely’s Vice President of Sales, Gijs Scholman, said: “The sale of the ‘forage’ business offers these employees a chance of a better future with a company that fully concentrates on the manufacture of tractors and agricultural machinery”.

How to make a bale wrapper turn faster...without the bale falling off