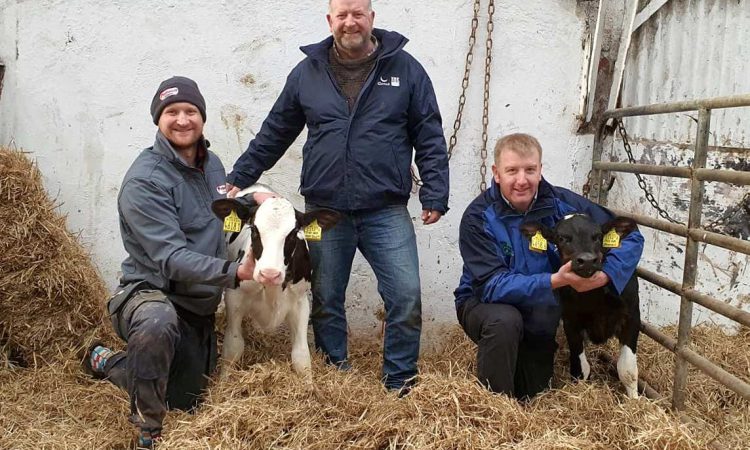 A Northern Ireland pedigree dairy herd has managed to clinch almost half of the top 20 places on a UK-wide genomics ranking.

The Top 100 UK Holstein females for Dairy Wellness Profit Index (DWP) ranking is updated in April, August and December after each proof run.

Redhouse Holsteins, Benburb, Co. Tyrone, has 32 heifers in the top 100 and an impressive nine in the top 20.

The ranking is based on genomic testing data on a range of 14 cow and calf wellness traits from over 12,000 UK animals.

The DWP Index allows farmers to better select heifers that will be more productive whilst staying healthy and getting in calf sooner.

He explained leading heifers in the herd include:

“We have also bred the number 2 DWP heifer in the UK, Redhouse 2235 Cabot Dee, and aim in the future to breed the number 1,” he said.

“These animals will all be flushed so we hope to breed some more future number ones from them. DWP Index information will be taken into account when selecting sires for flushes.”

Commenting on the background of the herd, David explained: “The herd was founded in 1977 with bought-in animals, and initially, we relied on milk production figures to make breeding decisions.

“We then moved on to utilising health traits as they slowly became available over the years, with a strong emphasis on fertility since its inception on bull proofs, but we have never taken our eye off production.

We are a milk production herd first and foremost, nothing else matters if the cow doesn’t give plenty of milk.

“More recently, we introduced Clarifide Plus which allowed us to use the genetic profile of the female lines to more accurately effect improvements. This was a real boost for breeding decisions as it includes wellness traits which can have a huge influence on herd health and profitability.

Previously, we were dependent on parent averages in order to make breeding decisions, but they cannot indicate what genetic material is actually inherited.

“Genomic testing can supply this information and enable the farmer to effect breeding and management improvements more quickly and accurately.”

David explained the test allowed him to make breeding decisions as early as six weeks old and to decide which animals to retain as replacements.

Each year they sell 60 to 70 surplus heifers at this stage after rearing on ad-lib automatic milk feeders.

He added: “We operate a closed herd with strict biosecurity and rely on social media and word of mouth rather than shows and sales to promote our stock.”

The herd is milked three times per day through a 20-point herringbone parlour. The milk production figures for the Redhouse herd in 2020 were 13,229L/cow at 4.25% butterfat and 3.33% protein.

In the December proofs, Redhouse Holsteins was the number 14 herd for £PLI Index in the UK and an analysis of the current figures suggests that they will make the top 10 and possibly the top five in the April proof run. 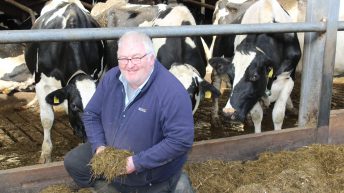 Why milk 2 cows when one Holstein will do?