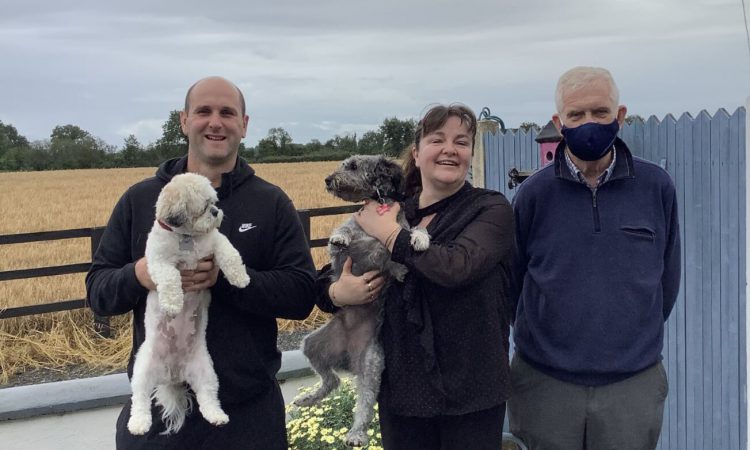 A Meath tillage farmer’s wife is undertaking a fundraiser to mark her 50th birthday, inspired by her neighbour, a retired Garda who has kidney failure.

Suzanne Murphy Beattie from Ashbourne, Co. Meath – whose husband Gordon Beattie is an agricultural contractor – is hoping to make her milestone birthday an unforgettable one.

She is keen to support all those waiting for transplants, including her neighbour, former garda Jim Hallinan (70), who is undergoing dialysis treatment. Jim received the shock diagnosis of kidney failure 16 years ago.

Popular social media funny man and author Rory O’Connor, aka Rory’s Stories, also from Ashbourne, showed up for a photo opportunity with Jim and Suzanne on the Beattie farm to support her 50th birthday fundraiser.

Rory said that he was happy to support the initiative. “When I heard from Suzanne about her motivation for her 50th birthday fundraiser, I didn’t hesitate to try and help her raise awareness for it.

If I can help shine a light on the cause so that more people will think about organ donation and sign up for donor cards, then I’m delighted to be involved.

Jim and Suzanne got to know one another when they met while she was out walking her dogs. Like many locals, Jim was amused by the pets’ alias names, Roy Keane and Denis Irwin, which Suzanne said reflect the pooches’ personalities.

Her Schnoodle Murphy goes by the alias Roy Keane, and Misty, a Shih Tzu, is more commonly known as Denis Irwin. Caricature artist Niall O’Loughlin will be capturing Suzanne and her two canine companions to help highlight her 50th birthday fundraiser.

Jim, a father of four and grandfather of nine, told Suzanne about his kidney failure and his three-times-weekly trips to Dublin’s Northern Cross for dialysis treatment while he remained on a transplant waiting list for a donor kidney.

No stranger to fundraising

Suzanne is no stranger to fundraising and, reflecting her love of dogs and her willingness to support those in need, she held a birthday fundraiser last year and raised €2,055 for Autism Assistance Dogs.

To encourage donations she has secured prizes as a further incentive. Anyone who donates to her Facebook fundraiser will be entered into a draw for prizes sponsored by local businesses which include a hotel stay; vouchers from local restaurants, a garden centre, supermarket, hairdressers and a golf club; and a family ticket to Tayto Park.

Jim walks by my house everyday and is such a gentleman. He always stops to chat. During lockdown we got to know each other a lot better and he told me he is having dialysis three times a week and is on the waiting list for a transplant. That was the motivation for me to do a birthday fundraiser as I wanted to do something to try to help Jim and raise awareness about people like him waiting for kidney transplants and other organs.

“I chose the Irish Kidney Association as it does fantastic work in supporting kidney patients and their families and also promotes and distributes the organ donor card in Ireland.

“When doing my research, I learned that there are nearly 5,000 kidney patients in Ireland. Almost 2,200 of them are undergoing dialysis treatment and about 500 are on transplant waiting lists for a kidney and a further 100 approximately are waiting for heart, lungs, liver or pancreas transplants.

“I was also surprised to learn that many people who end up in hospital with coronavirus suffer kidney failure and require dialysis treatment,” said Suzanne.

Jim said that he was hugely appreciative of Suzanne’s efforts. “She is a really positive outgoing and fun person with a good heart. I really appreciate her motivation to do a fundraiser for the Irish Kidney Association which advocates for people like me who are in renal failure.”

Jim recalled that a TV advert that he watched 16 years ago, encouraging men to get their prostrate checked, led him to his GP who undertook various tests.

“One led to the shock diagnosis for myself and my wife Jean that I was progressing towards kidney failure. Fortunately, it was caught early, and I was able to manage my condition and slow down its progression for over a decade with medical supervision and lifestyle and dietary changes.

“Three years ago my kidney function declined to a point that I had to commence dialysis treatment and around the same time I was entered onto the transplant waiting list where I remain until a suitable donor kidney becomes available,” Jim said.

I currently undergo four hourly dialysis treatment three times a week. Fortunately, the dialysis is working well for me. I have always enjoyed sport including soccer and golf.

“While in the force, I worked in command and control at Harcourt Square and I enjoyed being part of the garda Gaelic football team in the 1970s. In later years, I took up indoor soccer to keep fit which I played with my garda mates. I continue to enjoy playing golf and have regular outings at my local club in Ashbourne which is good for the mind and body,” he said.

“I also enjoy spending time with my grandchildren who all live nearby, although now being in the high-risk group for Covid 19, I have to be careful when with them and when in the company of others also.” 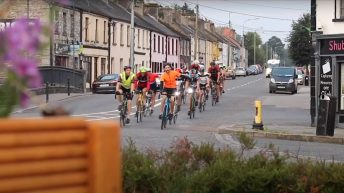