More than 50,000 productive farmers will lose between 15-35 per cent of their overall single farm payment by 2019. This is according to the Irish Farmers Association (IFA) this afternoon.

Speaking from Brussels where the final outcome on CAP Reform is expected to be announced in the European Parliament this afternoon, IFA president John Bryan said despite the progress made as a result of determined opposition from countries such as Ireland, tens of thousands of family farms will lose under this flawed reform and some farmers will be challenged to retain their production and viability as a consequence.

Mr Bryan said a full analysis of the implications and options available under the agreement will have to be carried out before final implementation. The IFA will be holding an extended executive council meeting early next week to start this process and the association will be consulting widely with members.

In relation to monies available for redistribution, the IFA president said that objective criteria must be used to ensure active farmers with low payments are prioritised.

“Since the CAP Reform Commission proposals first emerged, significant progress has been made to minimise the damage to Irish agriculture. Agriculture Minister Simon Coveney and his officials have worked hard to secure the compromises necessary to deliver a deal in what has been a complex, difficult and damaging CAP Reform,” said Bryan.

The Minister and the Government must now commit to 50/50 co-financing of Pillar 2 so that a comprehensive package of rural development measures is put in place for vulnerable sectors and regions, and to encourage investment in agriculture, the IFA president insisted.

He described the changes to the greening proposals as practical and necessary and said the retention of variable greening was positive.

“A lot of work will now be required to ensure the smooth implementation of these measures and IFA would be insisting that no extra bureaucracy or administrative burdens are imposed on farmers.

“Market supports have a strong part to play in mitigating dairy price volatility, and they must not be eroded. Also, production management ideas promoted by the European Parliament, which suggest that production increases may be penalised post quotas, must be fully opposed by Minister Coveney.”

He continued: “The compromises and flexibilities in the final deal proves clearly that the Ciolos CAP reforms were seriously flawed from the start. These reforms have sent the CAP in the wrong direction.  Farmers right around Europe will have to start a campaign now to re-focus the CAP towards supporting sustainable food production in the mid-term review.”

A press briefing is set for 4.30pm today where full details of CAP Reform 2014-2020 will be outlined. Click here to watch the live stream scheduled for later this afternoon. 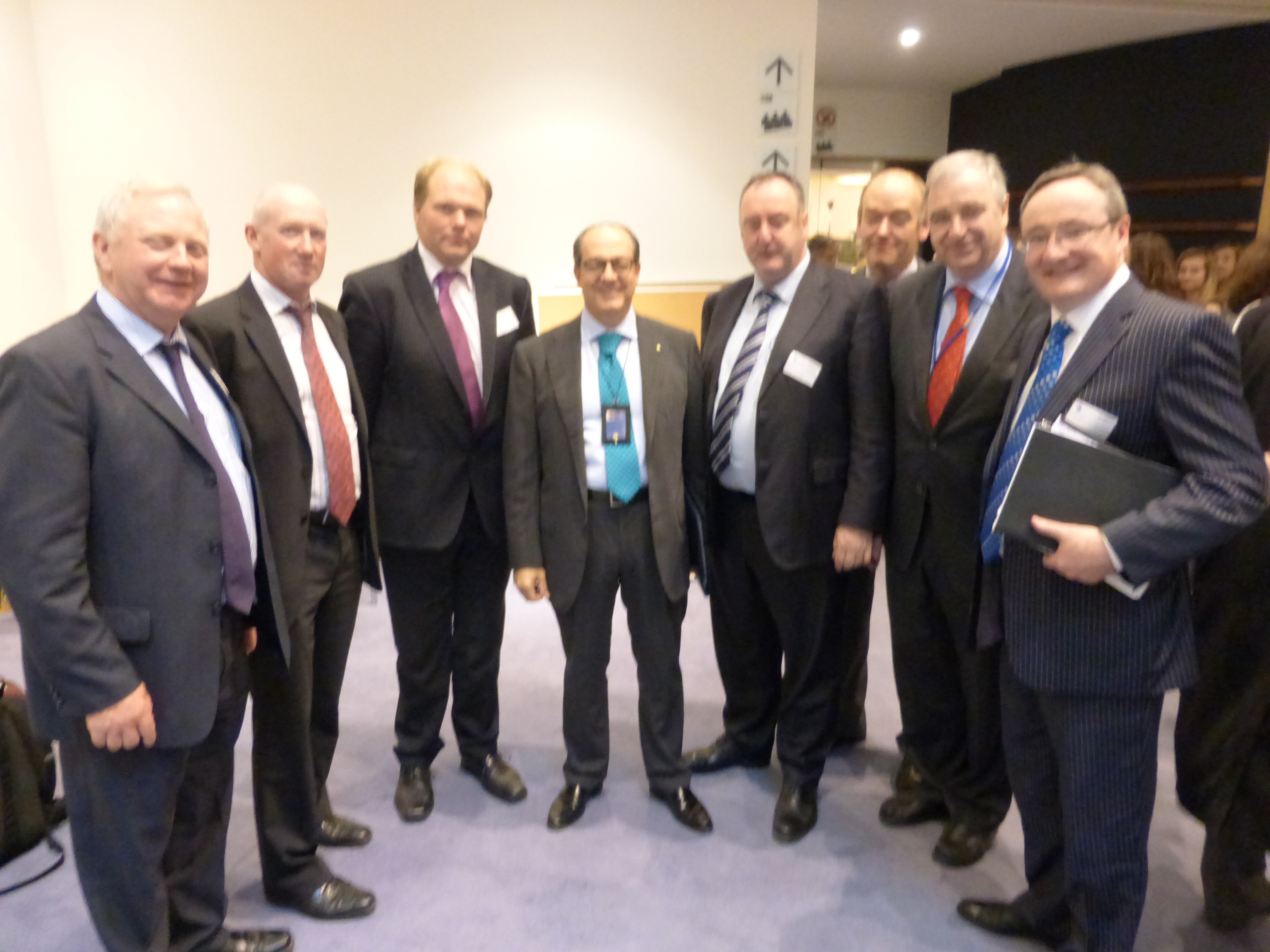 Pictured: An IFA delegation with The Chair of the European Agriculture & Rural Affairs Committee Paolo de Castro in Brussels/Image courtesy the IFA