Three men were fined €1,000 each and had their firearm certificates revoked after appearing in court charged with the unlawful shooting of herring gulls in Co. Wexford last year.

The three individuals – all from Co. Wexford – were before Wexford District Court where they were convicted by Judge Brian O’Shea under Section 22 (4) (i) of the Wildlife Acts 1976 and 2000 in relation to the unlawful shooting of herring gulls at Ballyteige, Co. Wexford, on May 11, 2019.

Direct evidence was given by a witness to the incident, with pictures provided of the three named individuals to the court.

Conservation ranger Tony Murray also gave direct evidence to the court in relation to the incident.

The case was presented by William Maher BL for the Minister of Culture, Heritage and the Gaeltacht, with the assistance of the state solicitor for Co. Wexford, O’Doherty and Warren, represented in court by Brendan Curran.

Minister of State at the Department of Culture, Heritage and the Gaeltacht Malcolm Noonan, in commenting on the case, said:

“I welcome this prosecution as it is a clear indication of the need to conserve all bird species including the herring gull whose coastal numbers have increased in recent years.” 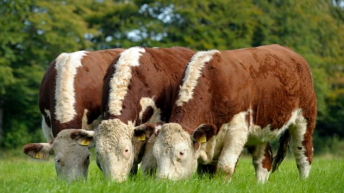