283,000 people attend the ‘most successful’ Ploughing ever 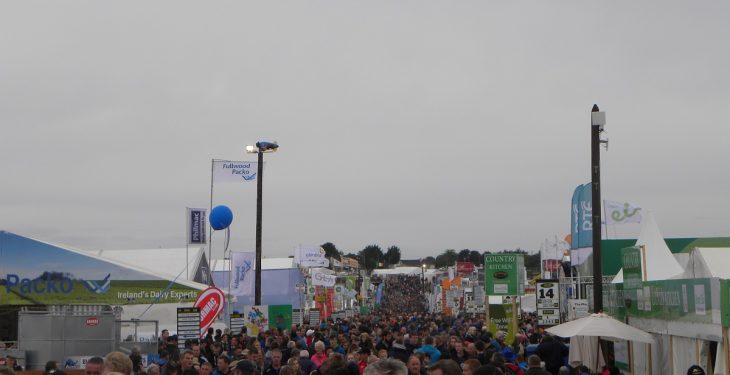 Day Three saw 72,000 people attend the Ploughing and after a very wet day yesterday the sun made a welcome visit to Tullamore for the final day of the event.

Speaking at the close of business, Anna Marie McHugh said that traffic to and from the site has been moving well all week and credit is due to An Garda Siochana in no small part and the traffic management plan in place.

“With the record numbers attending, everyone expected to meet some holdups, but the traffic was kept flowing at all times with only the very minimum of delays. We are delighted with the overall attendance figure this year.

“The three days ran very smoothly and the feedback from early on, via social media, has been extremely positive.

“Both on Twitter and Facebook, #Ploughing16 has been trending all week and thousands upon thousands have been updating their status or uploading pictures.”

Taking to Twitter, the National Ploughing Association said that it was the most successful ploughing championships ever.

Eabha Campbell of Truagh, Co. Monaghan retained her title in the National Junior Baking competition for a second year in a row.

In the region of €35m was expected to be spent over the course of the three days by visitors to this year’s Ploughing.