2 meat processors set out their own stalls at Anuga 2019 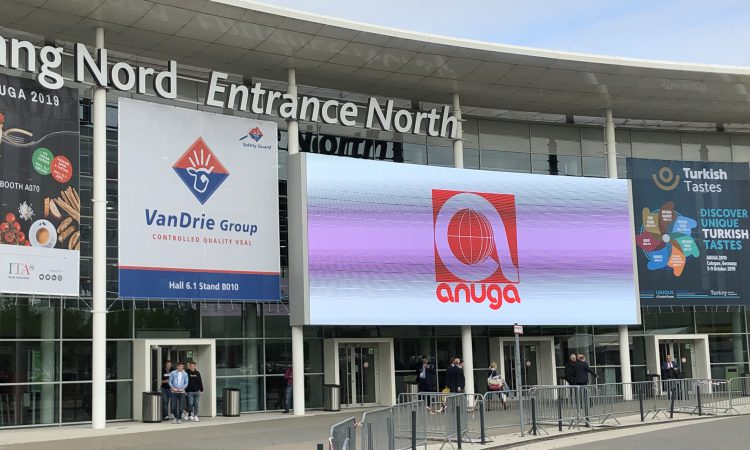 Two of the largest meat processors in the country have set up their own stalls at the world’s largest food fair, separate from Bord Bia’s Origin Green stand.

Most of the Irish delegation at Anuga 2019 are operating under the Origin Green banner, but ABP and Dawn Meats have their own set up at the meat hall in the huge Koelnmesse event centre in the German city of Cologne.

29 of the Irish companies at the event are there as part of Bord Bia’s various stands, including all the other major meat processors: Kepak; Irish Country Meats; Kildare Chilling; Liffey Meats; Rosderra Irish Meats; and Slaney Foods.

The meat hall boasts stands from countries and exhibitors from all over the world. They are all of varying sizes, with some stands comprising multiple floors, such as the Bord Bia stand.

However, two of the largest stands – if not, the two largest – are from beyond Europe.

The Brazilian and Argentinian delegations seem to have gone all out, with stands that dominate their immediate vicinities in the vast meat hall. Their Mercosur partners, Uruguay and Paraguay, both also have a very considerable presence.

‘People are quite nervous’

With such a strong Mercosur presence at this year’s event, the response from European producers is likely to be one of concern.

“People are quite nervous about the changes that it will arrive with,” said Bord Bia CEO Tara McCarthy, who added: “There are challenges [regarding] the equal playing field in the scenarios Mercosur brings.”

The focus from an Irish perspective in light of potential competition from Mercosur is, according to McCarthy, “the hard work that has to go into building preference for what we stand for”. 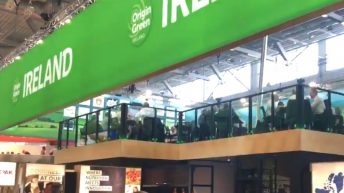