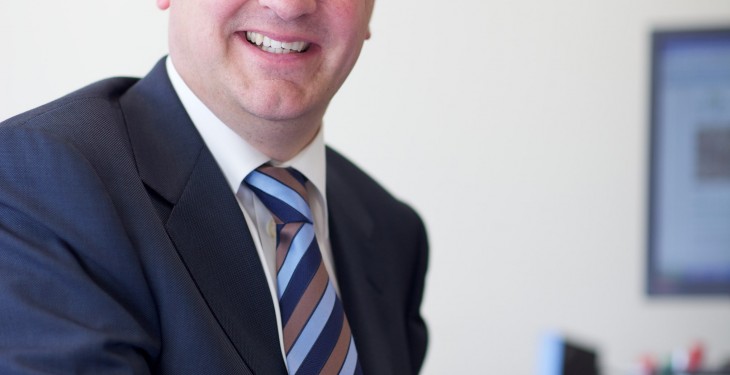 Origin Enterprises plc, saw a 12% decrease in underlying revenue for the third quarter compared to the same period in 2015.

The Agri-Services group (‘Origin’ or ‘the Group’), issued a Trading Update for the nine months to April 30 2016.

It said its revenue development in Q3 was substantially impacted by highly adverse and unseasonal weather conditions.

Origin said trading for the quarter was ‘disappointing’, with the Group achieving lower revenues against the comparative period across its service platforms in Ireland, the United Kingdom and Poland.

The performance principally reflects the impact of very late spring conditions on activity levels on farm due to highly unseasonal weather patterns across Northern Europe.

Reflecting the increased seasonality in the current financial year the Group will earn all of its profits in the second half of this financial year.

Agrii achieved lower revenues in the third quarter primarily due to the impact of a very late spring season.

Following an unseasonably wet first half, the continuation of higher average and sustained rainfall levels across the main crop growing regions during the third quarter resulted in heavily saturated soils and slower crop development. In-field crop maintenance and spring planting activity were significantly curtailed as a result. This was the principal factor driving a c.20 per cent reduction in agronomy service revenue and crop protection volumes in the third quarter.

It anticipates increased agronomy demand in the fourth quarter reflecting the more concentrated seasonality profile in the current year. The missed service and input application carried forward from the third quarter is unlikely to be recovered in full due to the agronomic impact of the significantly later season on crop potential against the backdrop of generally weaker sentiment on farm.

The business remains focused on prioritising higher value full service and influenced agronomy application through technical strategies that dilute the cost of production and maximise the economic potential of crop enterprises.

Trading conditions for the third quarter were extremely challenging with like-for-like agronomy revenues some 25 per cent lower against the prior year comparative.

Service and input demand was reduced following prolonged frost conditions combined with an absence of snow cover across Northern and Central Poland during March and April. This unusual weather pattern led to a loss of c.1.2 million hectares of winter wheat and oil seed rape crops, equivalent to over 20 per cent of the total winter cropping area, in addition to a substantially delayed and narrower growing season for spring planted crops.

Given the seasonality profile and structure of cropping, missed service and input application in the third quarter is not expected to be recovered in the fourth quarter.

Following the creation of Agrii Polska through the merger of Dalgety and the recently acquired Kazgod Group, a comprehensive programme of integration and change management was advanced in the period. The enlarged business significantly extends Origin’s reach and service capability to provide value added solutions that meet the requirements of an increasingly professionalised and technically orientated primary producer.

The Group’s presence in the Romanian farm services market was initiated in the current financial year following the completion of the acquisitions of Redoxim and Comfert during the first half.

The total business has performed ahead of expectations in the third quarter with increased agronomy and crop input revenues. Solid momentum was achieved across the direct farm and retail customer channels supported by a combination of favourable conditions on farm and the introduction of enhanced technical support to the agronomy sales teams and product specialists.

Good progress has been achieved to date in the integration of the acquired businesses with the focus on building new capability, systems and process development along with organisational simplification.

Agroscope achieved higher revenues in the third quarter with favourable momentum across all service and input portfolios supported by new customer development through an expansion of the agronomy sales force.

Business-to-business Agri-Inputs – Ireland and the UK

Business-to-business Agri-Inputs achieved a satisfactory performance in the third quarter reflecting a stable fertiliser volume performance against a lower margin sales mix together with the benefit of increased feed volumes.

Volume development in both Ireland and the UK improved in the third quarter following weak early season demand due to a combination of weather delayed seasonal timing and lack of confidence by primary producers in near term price development.

We remain positive regarding the full year fertiliser volume outlook in Ireland with application underpinned by higher livestock numbers and the requirement to maximise grass production to replenish winter fodder supplies.

UK volumes will be lower for the financial year as a whole due mainly to reduced application of speciality and bespoke fertiliser as primary producers adopt a targeted approach to nutrition investment this year in light of the current pressures on farm incomes.

Feed Ingredients achieved higher volumes in the quarter reflecting active spot demand as unsettled weather drove poor grass growth and led to the requirement to house animals for longer periods due to poor ground conditions. The volume outlook for the year as a whole is indicating a marginal increase on the prior year.

John Thompson, the largest single site multi species animal feed mill in the European Union, in which Origin has a 50% shareholding, delivered a satisfactory result in the period against lower volume performance.

Demand for services and inputs in the final quarter is expected to be higher when compared with the prior year mainly resulting from a greater concentration of seasonal activity.

There has been an encouraging start to the fourth quarter although confidence at farm level remains subdued reflecting the current challenging backdrop to primary output markets which is expected to make for a highly competitive trading environment in the fourth quarter.

In light of the lower third quarter performance we are updating full year guidance in adjusted diluted earnings per share to a range of between 43 and 46 cent per share for 2016.