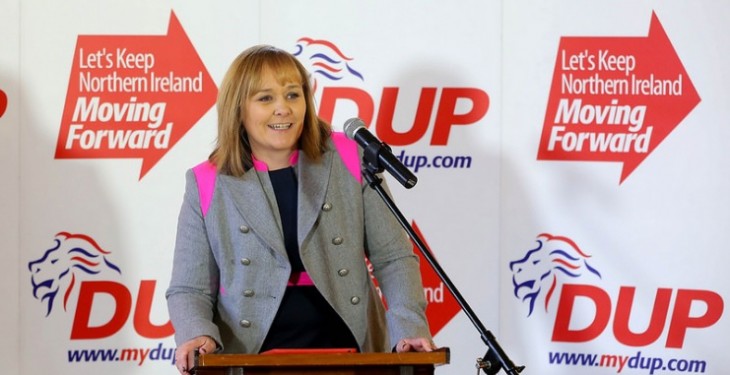 Michelle McIlveen, the Democratic Unionist Party (DUP) MLA, has been appointed as Minister of Agriculture, Environment and Rural Affairs for Northern Ireland.

She takes over from Sinn Fein MLA Michelle O’Neill who will now take over the Minister for Health job.

McIlveen represents the Strangford constituency in Co. Down and was first elected to the Executive in 2007.

Last September, she was appointed Regional Development Minister after Ulster Unionist Party (UUP) MLA Danny Kennedy resigned from the post when his party withdrew from the Northern Ireland Executive.

She previously served as the Deputy Chair of the Regional Development Committee. She was also the Party Spokesperson on Children and Young People.

A full team of ministers was appointed today to Northern Ireland’s power-sharing Executive.

MLAs from Sinn Fein and the DUP were the recipients of the ministries with one Independent Unionist, Claire Sugden, receiving a ministry; the Justice portfolio.