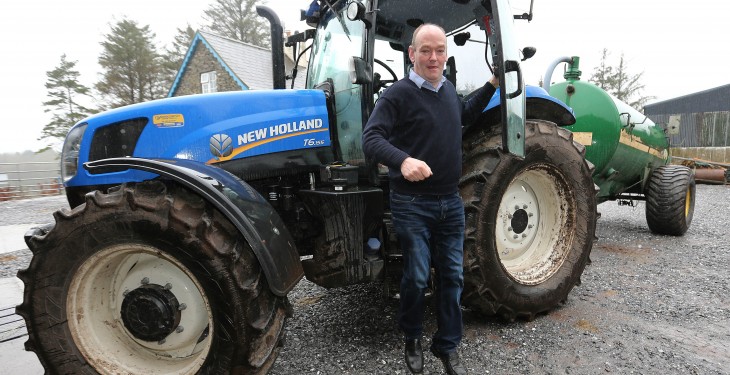 IFA Presidential Candidate, Flor McCarthy has said that the outcome of the General Election raises significant challenges for the farming sector.

“It makes the need for a strong, experienced negotiator who can lead a united IFA as the next President more important than ever.”

This General Election, he said, has resulted in a very uncertain situation and raises many issues about the composition of the next Government and the priorities of that Government.

“Farming and rural issues, including commodity prices and farm incomes, must be among those priorities with a strong focus at the Cabinet table on agriculture and the rural economy.

“In the absence of an IFA President or General Secretary, I will be demanding a meeting with Taoiseach, Enda Kenny and F F Leader, Micheal Martin ahead of the negotiations on a new Government, to get commitment that the new Minister for Agriculture will be appointed as a single Ministry solely focused on Agriculture and not have other ministerial responsibilities,” McCarthy said.

He said he will also be demanding that the new minister has the interests of farmers as a priority and is ready to defend Irish farming at the Cabinet table and in Brussels.

“I have the experience over 25 years at all levels within IFA of representing farmers at both national and European level and it is that experience, together with commitment and determination to deliver for farmers, that is going to be vital for the next IFA President in his dealings with whatever Government emerges from the General Election outcome.”

McCarthy said it’s more important than ever that IFA quickly moves on from the difficulties of the past year, get a new effective General Secretary in place, and is ready to engage with the new Government and Ministers as a unified, strong organisation.

The IFA, he said, must be led by a new President who has the experience, leadership and determination to take a strong stand from the start in defending farming and ensuring that the concerns of Irish farmers and their families are heard.

“There will be many competing voices in the new Dail demanding Government spending and attention for their issues. As IFA President I will ensure that new Government (of whatever makeup), and new Minister for Agriculture, will be in no doubt about the unity, strength and effectiveness of IFA to stand up for farmers and ensure that the huge issues facing farmers across all of the sectors are addressed.”