Women and over 55s drive €631m spend on gardening in Ireland 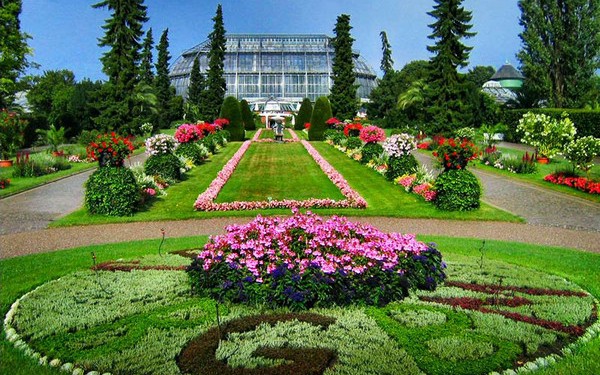 Irish consumers’ gardening spend has increased by 22% since 2011 to reach €631m in 2014, and the value of Ireland’s gardening industry is growing for the first time since 2011 according to Bord Bia research.

The figures were released in Dublin at Bord Bia’s annual Garden Industry Awards. A total of 38 garden centres and 17 landscape service providers were recognised, in addition to a number of special category award winners.

Speaking at the event, Aidan Cotter, Chief Executive, Bord Bia stated that the awards are a timely showcase of the industry’s sheer perseverance and hard work, as these businesses are continually investing in infrastructure and procedures to attain a Bord Bia Quality Award.

Ireland’s garden market is showing strong signs of recovery, particularly in the areas of purchase of outdoor and flowering plants and landscaping services, Bord Bia says.

Research found that outdoor and flowering plants, which include hanging baskets, hedges, shrubs and herbaceous plants, are valued at €126m, up from €112m in 2011 with purchase frequency increasing by a fifth.

According to the research, landscaping is valued at €118m, an increase of 22% since 2011 and females are the biggest purchasers across most of the categories, while the over 55s are dominating the consumer spend.

It says that garden products such as garden furniture and BBQ equipment, have also seen their market share bounce in 2014 to €303m, compared with €218m in 2011. This indicates that consumers were spending more time outdoors as a result of the good weather, it says.

“Independent garden centres and DIY garden centres hold close to a fifty per cent share of the garden market valued at €513m. Grow It Yourself remains popular with circa 4% of adults in Ireland purchasing herbs, salad and root vegetables to grow at home.

“Almost half of the spending on herbs, fruit and vegetables for planting are by those under 35,” the research says.

The research also shows that the market for fresh cut flowers remained static at €50m since 2011 and that consumers spent €16 on average when buying flowers and these were mainly purchased for the home or as a gift.

It says that over 40% of these purchases were through discounters and supermarkets while florists accounted for 40% of spend also.

The judges recognised that this family-run business provides an unrivalled shopping experience at its Carlow base where it employs over 70 people.

Wexford based, Cois na hAbhann’s success, deemed inspirational by the judges, is driven by the Nolan family who have run the business since it opened in 2007. They were the first small garden centre to achieve the 5 Star Gold standard, the highest award within the Bord Bia Garden Industry Awards.

BHL Landscapes, established in 1975 and based in Waterfall, near Cork City, deliver a comprehensive range of landscape services throughout the Munster region focusing on landscape construction, design, grounds maintenance and grass-based sports facilities.