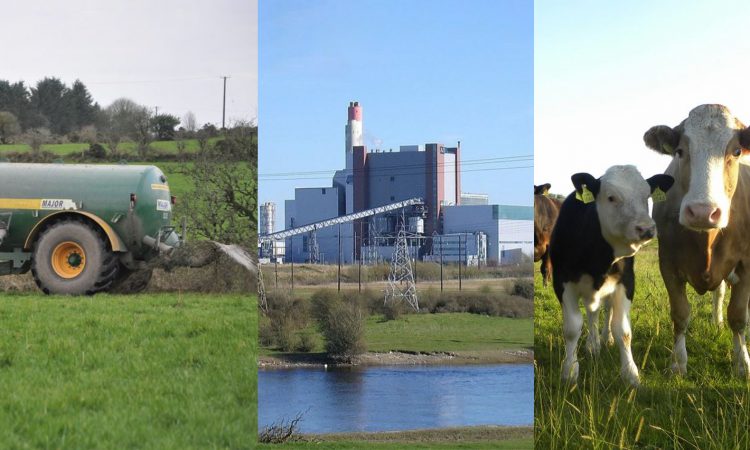 News emerged yesterday that further slurry spreading restrictions will be phased in for heavily-stocked farmers. This followed the announcement – earlier in the week – of drastic recommendations from the Government’s Climate Change Advisory Council (CCAC), whereby the most dramatic measures call for a 53% cut in the national suckler herd.

Don’t forget; it’s also a week in which solemn protests were mounted – to roll back on developments that will see 150 Bord na Móna workers (78 seasonal and 72 permanent) lose their jobs. Further anguish for other Bord na Móna staff, many of whom are involved in farming, looms large on the horizon.

All of this, apparently, is just part of the fall-out from the need to protect the environment and to combat climate change. In other words, we are encouraged to view this as collateral damage accruing from a bigger, loftier battle.

We’ve heard such rhetoric before, of course. When lowly, anonymous civilians are killed in a drone strike in some wretched, war-torn country we’re told that it’s regrettable but ultimately part of a ‘bigger picture’ – an over-riding ambition that must trump all other considerations.

Somewhat ironically, there was a growing sense among farmers and all of us in the wider agricultural sector here in Ireland that we needed to ‘do our bit’. Or at least that was the case until news of the much-maligned Mercusor trade deal broke cover.

It brought about the realisation (or, perhaps more aptly, the reminder) that the responsibility to combat global climate change is not one that bears down equally on every citizen – or every nation.

Instead, recent developments suggest that (climate change) mitigation strategies are, themselves, commodities to be traded…nothing more than leverage in a high-level political negotiation.

Can countries like Brazil simply trade or barter their way out of the need to ‘do their bit’, while farmers here justifiably feel as if they are now being regulated out of existence?

Preaching to the converted?

Predictably, the various farming organisations are jumping up and down; protestations of dismay are manifest across the airwaves.

But are our representatives simply preaching to the converted? Is the wider electorate taking notice of the plight of Irish agriculture? Do most citizens – and, perhaps more to the point, most consumers – even care?

The challenge facing those who lead – and those who have aspirations to lead – such organisations is how to convince a wider audience (not just those still involved in farming) that Irish agriculture is worth safeguarding – both as something that underpins the rural economy and as a ‘way of life’.

We should make no bones about the former; and no apologies for the latter.