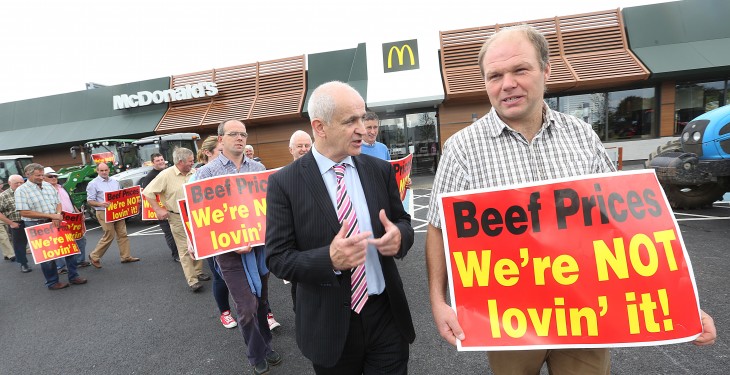 Processor representatives Meat Industry Ireland (MII) has slammed the decision by IFA’s to stage a 24-hour picket next week outside beef factories across the country.

MII condemned the proposed factory blockade that is expected will start on Monday evening and continue through to Tuesday as “unnecessary, misguided and counterproductive”.

The group said the action would disrupt business and damage Ireland’s export reputation, without having any impact on EU beef prices.

“Cattle prices are strengthening and the trend from the market is positive,” it said.

“While Irish cattle prices have been weaker this year (down 10-12pc from the record high levels of 2013), prices across the entire EU have fallen. This is a direct result of a significant drop in EU beef consumption, which has fallen by 700,000 tonnes since 2010.

“Notwithstanding this, Irish beef production is up 20pc year on year. We are selling an additional 100,000 tonnes of beef into a market where consumption has fallen dramatically. Exports in 2014 will exceed E2 billion in value, repeating the record levels achieved in 2013.”