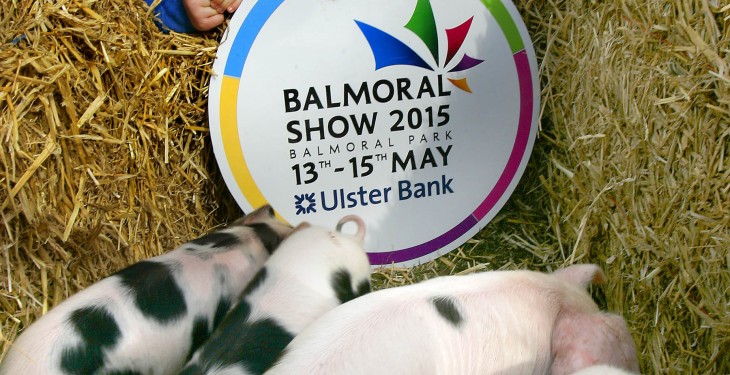 Beef Shorthorn cattle have become almost an endangered species in Ireland. But that all changed at today’s Balmoral Show with the selection of Lowtown Ireland as the Beef Inter-Breed Champion.

“This is my first Balmoral inter breed title,” he said.

“The interest in Shorthorn cattle goes back to my mother, who had a real love for the breed. The bull’s sire hails from the Carrorock herd in Co Galway.”

Ireland competed in a young bull class at Balmoral last year, but did not overly impress.

“However, he went on to win the Shorthorn Championship at six local shows last summer,” Dorman explained.

“But it was only when I cleaned him up at the end of last winter that I realised his full potential.”

The initial plan for the bull is to draw semen from him over the coming months.

“After that we will see what happens. If someone writes me a big enough cheque then he’s for sale.”

Meanwhile, Farm Minister Michelle O’Neill has called for Northern Ireland to have its own separate referendum on EU membership.

“This is too big an issue to be decided at a UK level,” she said.

“Our agriculture and food sectors are highly dependent on support from Brussels. And for this reason alone, farmers must have their say on this crucially important issue.”

The Minister was the keynote speaker at the Department of Agriculture Breakfast, a key highlight of Day 2 at Balmoral Show. O’Neill also indicated that she would favour a ‘yes’ vote, if a referendum on EU membership were to be held.

“The farming sectors would be the big losers if we were to withdraw from the European Union,” she said.

“Another important factor to be considered in this regard is our land border with the Republic.”