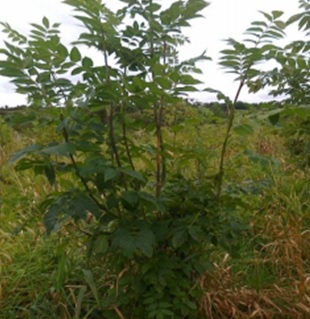 Ash dieback is a potentially fatal disease affecting ash trees which caused by a fungus that has spread rapidly across Europe and the Department of Agriculture confirmed the first Irish case of the disease in 2012.

Kelly says that a Cork-based company called Treemetrics now has the technology and expertise to help tackle this disease using their satellite and online technologies. The Fine Gael MEP says that satellite imagery can identify exactly where dieback is occurring or likely to occur and that knowledge will help eliminate the disease in time, it is hoped.

Kelly, the former GAA President, also says that the Cork company could also prove beneficial in securing the future of the hurley stick and he has called on the GAA to assess how the association can work with the Irish company.

“Not only can this home-grown company help with tracking the disease in a general sense, it could also prove useful to preventing the decline of ash trees which are needed for the production of hurley sticks.

“The production of our world-famous hurley sticks could well be impacted, not alone in terms of the cost of production but the volume of production too, as this disease increases its grip on ash trees.

“The company will require the support of landowners and local GAA clubs in identifying priority areas to check for the disease to speed up the search. When it is identified quickly – it can be treated and hopefully eliminated quickly,” the Fine Gael MEP says.

“Therefore, it would make sense that the GAA looks into the possibility assisting Treemetrics,” Kelly says.

“Common ash (Fraxinus excelsior) is susceptible to Chalara ash dieback disease, as are a number of other species of ash. The disease can affect ash trees of any age and in any setting. Death of the trees can occur, with younger trees (less than 10 years old) succumbing more rapidly,” the Department of Agriculture says.

Department of Agriculture figures show that in 2013 there was a total of 113 confirmed cases of ash dieback disease. In October 2014 this figure decreased to 30 cases.