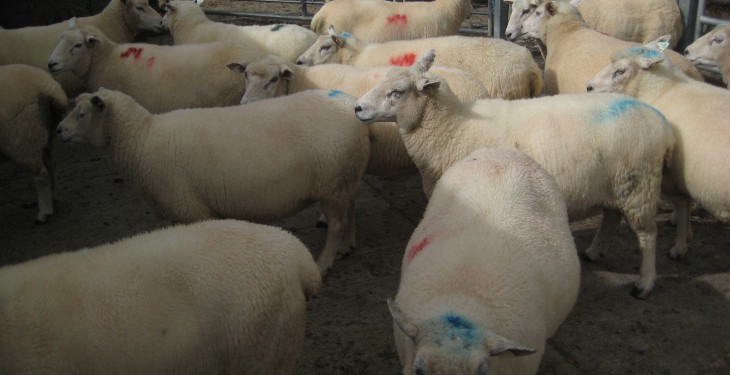 Sheep Ireland has signed a record-breaking 500 breeders to its LambPlus programme.

It noted the growth in performance recording breeders has been very significant. It outlined that final count of breeders now involved in the programme has exceeded the 500 mark, with more than 200 pedigree ram breeders joining Sheep Ireland for the first time in 2014.

It highlights while participation in LambPlus has grown year on year since the first year of Sheep Ireland in 2009, this marks the most significant progress to date.

According to Sheep Ireland, throughout the past week it has been busy setting up the many new flocks that have applied to join the LambPlus programme for the 2014 season. It notes this work will take a number of weeks.

The organisation noted that the process can be very time consuming. With the exception of Texel and Belclare flocks, every sheep in the flock of a new LambPlus applicant must be manually created on the Sheep Ireland database. This requires Sheep Ireland personnel to manually type the identities, DOB, and ancestry information for every sheep.

Full ancestry information for all Texel and Belclare pedigree sheep is available to Sheep Ireland and for that reason there is far less work involved with these breeds.

Sheep Ireland highlights that the increase in numbers joining LambPlus bodes well for the sheep industry. It says up to now the potential impact that the €uro-Star evaluations could make on the industry was greatly hindered, due almost solely to the small number of performance recorded rams available to Irish sheep farmers annually.

It commented that €uro-Star-rated rams were the minority at pedigree rams sales across the country. “We now find ourselves in the great situation where these performance recorded sheep will be the majority, affording the commercial farmer far greater choice in what breeding ram they purchase for their flock,” it said in the latest ICBF newsletter.

Sheep Ireland also recently announced its plans for 2014. It said Ireland’s sheep priorities are very much moving towards growing the use of the LambPlus and helping sheep farmers to make better use of the new €uro-Star genetic evaluations for sheep.