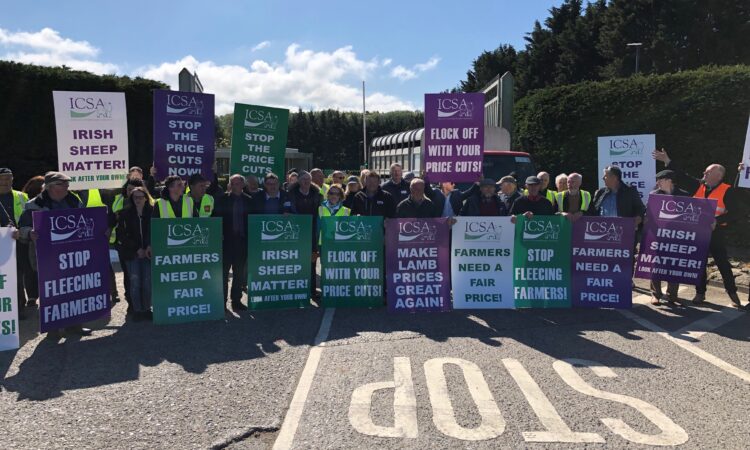 The general secretary of the Irish Cattle and Sheep Farmers’ Association (ICSA) has said that the lobby group may stage more protests outside sheep factories if price cuts are not reversed.

ICSA’s general secretary Eddie Punch told AgriLand at today’s protest at the gates of Irish Country Meats, Camolin, Co. Wexford: “This may not be the last. You don’t know where, you don’t know when, we could strike again.”

Punch warned that “screwing the sheep farmers has got to stop” and added that the the lobby group is “not ruling out further protests”.

“The processors don’t give any notice to farmers. There’s no cooperation from meat factories with farmers.

“They cut price suddenly by 50c/kg in a week without giving farmers any warning.

We can’t run a business on the basis of these sudden, unexpected, savage cuts in price.

The ICSA handed a letter into the factory, addressed to the management. 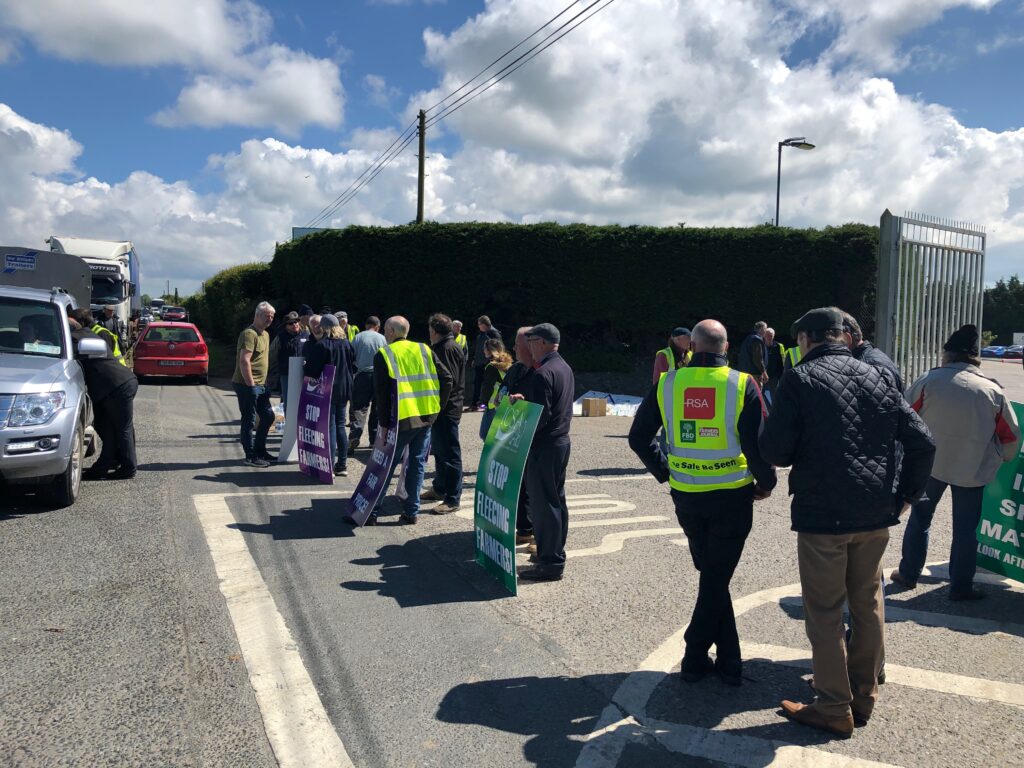 Punch explained the letter said: “Farmers are entitled to make some reasonable profit for their hard work and it is unacceptable for farmers to loose money at a time when everybody in the economy is making money.

“The market conditions do not justify this savage price cut,” he believes.

Concluding, Punch said: “In any event, you can’t run a business on the basis of simply squeezing the farmer all the time. Why don’t they squeeze a bit more out of the supermarkets and the consumer.” 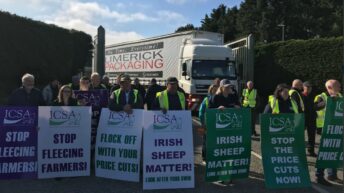