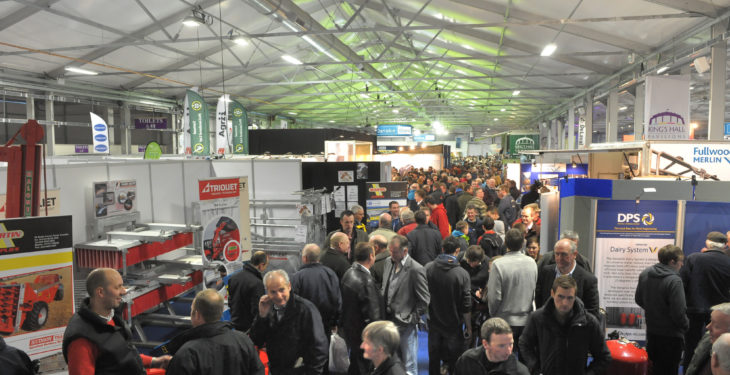 New to the Royal Ulster Winter Fair for 2017, Millfarm Hoofcare will be delivering hoof trimming demonstrations throughout the day.

The business, which was established in 2008, is operated by Francis Burns, a fully-qualified category one cattle hoof trimmer covering the west of the province.

Burns explained that when he started the business the majority of his work was treating lame cows; however, he has since changed focus towards routine trimming.

There will be top tips to be picked up at the hoof trimming demonstrations at the Winter Fair and practical pointers to bring back home, with a focus on preventing lameness.

“We want to highlight that prevention is better than cure,” he said.

The session will give farmers technical insight into cattle lameness and provide them with the knowledge they need to combat lameness and introduce preventative measures on their farms.

Due to a strong response in previous years, calf rearing live will also make a big return for the 2017 show.

Barry milks 135 cows, in partnership with his father, with two Lely robotic milking machines that were installed in 2008.

The pair went in search of an effective calf housing system after they sought to target pneumonia and improve calf mortality rates.

After much searching they decided on the H&L calf igloo system, which has an open sided veranda with free access to a fiberglass calf igloo.

The H&L calf igloo – which they will be demonstrating at this year’s Winter Fair – originated in Germany.

Barry said: “There has been a marked improvement in calf health resulting in vaccination and treatment costs disappearing. The time spent on bedding and cleaning out has also reduced considerably which is a fantastic help on a busy dairy farm like ours.”

Their unique design provides a suitable home for calves during the first three months, offering a draught-free environment inside the igloo, as well as outside space in the veranda.

You can follow all the latest at this year’s Winter Fair right here on AgriLand. 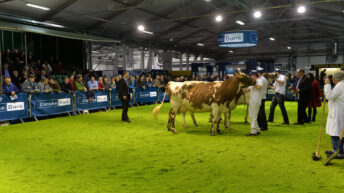