Where has the recent rain left soil moisture levels? 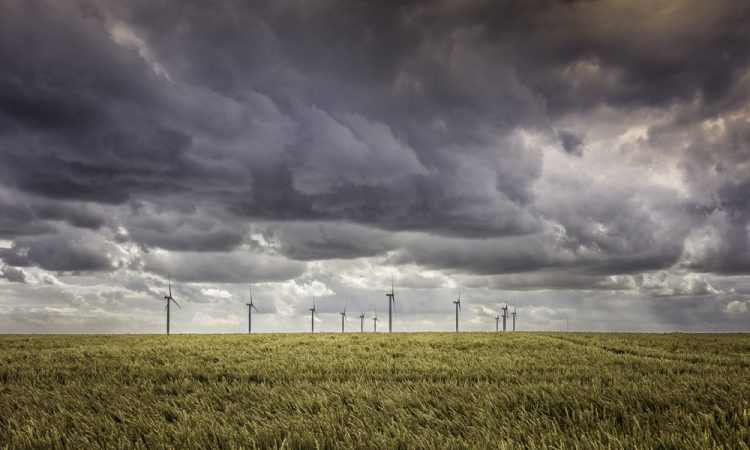 Last Sunday, June 2, soil moisture deficits (SMDs) were running between -5 and 44 across all parts of the country and across different soil types.

This quickly changed as heavy rain hit. A total of 55.8mm of rain fell at Ballyhaise, Co. Cavan, on June 3 and 4.

Following the deluge of rain, moderately and poorly drained soils reached saturation point in some parts of the country on Tuesday.

The chart below shows SMDs on Sunday, June 2.

On Tuesday, June 4 (see chart below), some well drained soils were at field capacity, while others were 24mm away from field capacity.

Soils in the west of Ireland and north midlands were at saturation point (-10) in moderately and poorly drained soils.

This corresponds with the heavy rainfall in these areas. A total of 33.3mm of rain fell in Ballyhaise, Co. Cavan, on that day, according to data from Met Éireann.

Moving further into the week and rain continued to fall heavily in many areas. Once again, Ballyhaise was badly hit. It received 22.5mm of rain on Wednesday, June 4. 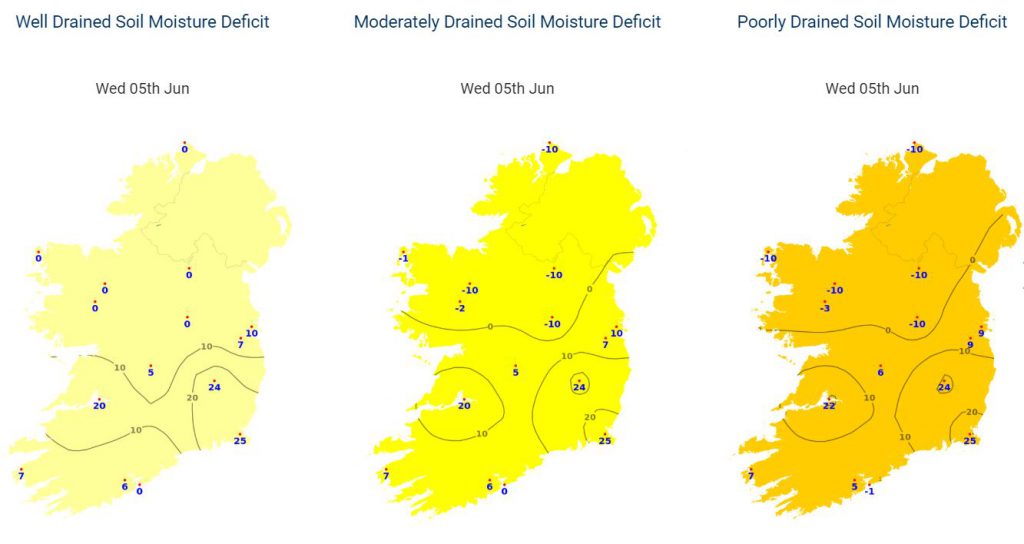 Rainfall levels for June 4 and 5 are outlined in the chart below.