Wettest November since 2009 for the east, says Met Eireann 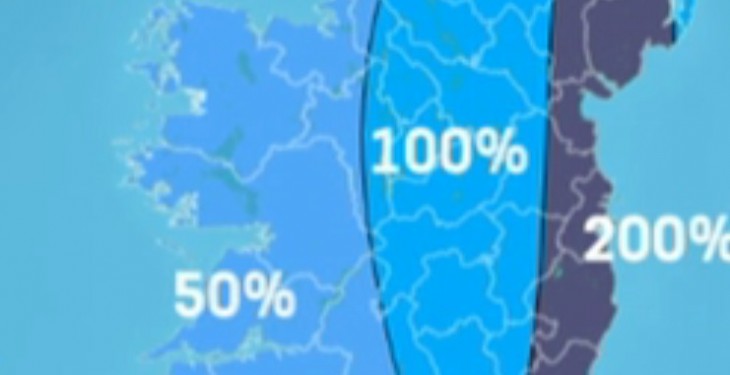 Eastern parts of the country saw its wettest November since 2009, according to Met Eireann.

It says monthly rainfall totals ranged from 86.8 mm at Mace Head (19.9mm falling on November 6) to 202.3mm at Valentia Observatory (32.2mm also falling on the 6th); with the majority of stations being above average for the time of year.

The highest number of wet days (days with 1mm or more rainfall) was 21 days at Valentia Observatory; the lowest number at Oak Park with 13 days.

Met Eireann says the temperature for November were typical for the time of year, milder at the start of the month.

Met Eireann says the mildest days of the month were November 1 and 6. The highest air maximum was recorded Dublin (Phoenix Park) on November 6 with 15.4°C. The coolest days were between November 23 and 27.