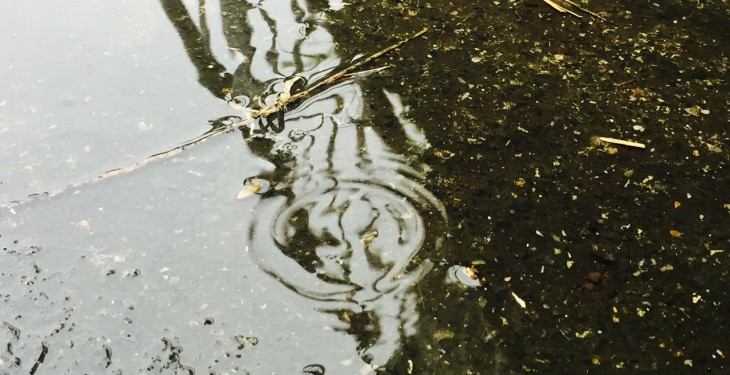 There’s a wet and windy week ahead, however it won’t be as cold as previous days according to Met Eireann.

Today, Monday, will be mostly overcast with outbreaks of rain spreading nationwide this morning.

Dry spells are promised to develop in the evening with drizzle to persist in coastal areas.

Winds will veer southwesterly this afternoon and Met Eireann has said it will feel cold with highest temperatures of 10 degrees in parts.

Looking to tonight, rain is to become persistent from the west but it will begin to clear towards dawn.

Southwesterly winds are to remain fresh or strong overnight and lowest temperatures will range between 5 to 8 degrees.

Tomorrow, Tuesday, rain is forecast to finally clear from all areas soon after dawn and it will be mainly dry with sunny spells for a time.

However, Met Eireann has promised that showers will then soon appear in western counties will spread east to affect all places in the afternoon and evening.

This week, rainfall is expected to be above normal in northern and northwestern coastal areas, but below average in most other areas.

Tuesday will feel cold, even though temperatures will range between 7 and 10 degrees, due to southwest to west winds remaining fresh and gusty.

Meanwhile, Tuesday night will see showers spreading eastwards to affect all parts of the country and these showers are promised to turn wintry at times, especially on higher ground.

Westerly winds are forecast to increase strong to gale force in all areas with some severe gusts likely in exposed places.

While it will be very cold, Met Eireann has said that the high winds will prevent any frost.

This week, both drying and spraying conditions are to remain poor this week. Furthermore, the unsettled weather forecast from today means there will be little improvement in the soils moisture deficits.

Looking to Wednesday, very windy and showery conditions are expected to continue through to the afternoon but winds veering northwesterly will begin to abate by Wednesday evening.

Winds are forecast to eventually moderate considerably on Wednesday night and showers will become isolated.

After a dry and bright start to Thursday in many places, outbreaks of rain soon reaching the west are promised to spread to all parts of the country during the afternoon.

However, the rain is forecast to clear quickly early on Thursday night and fresh, southerly winds will veer westerly.

Showers will follow but most will be confined overnight to western counties, while Met Eireann has said that frost is to occur elsewhere as winds slacken.

Current indications suggest that Friday will remain rather cold but winds will become mostly light and variable.

Most places will have some sunshine but isolated wintry showers are promised also.

Some showers will persist overnight but most places will be dry and clear with sharp to severe ground frost, as light, northerly breezes develop.

Next weekend is forecast to remain cold with isolated showers but probably a good deal of sunshine also, though quite frosty at night.