Beef prices have risen by close to 100 cent/kg since the beginning of May in Australia, thanks to record low herd numbers, a strong demand and widespread rain in key producing areas.

Serious supply issues were reported to have begun last December. The Australian national herd population currently stands at 26m, down from 29m in 2014.

Manager of market information for Meat and Livestock Australia Ben Thomas said tight cattle availability met with widespread rain in May and June, is causing prices to skyrocket.

“If we have a look at the Eastern Young Cattle Indicator for example, at the beginning of May through to where it is now, it’s up 100 cent per kilo carcass weight and that’s a fairly unbelievable rise in price and again that all comes back to just how tight the availability is for the whole supply chain,” said Thomas.

Mr Thomas said the supply issues facing processors were not likely to improve in the near future.

“We are expecting 2017 and 2018 to be similarly tight years in that the numbers processed are going to remain around that low 7m head mark,” he said.

The news disappointed Australian farmers who had hoped that a change in government policy could help boost output to meet Asia’s fast-growing food market.

Australia is one of the world’s largest exporters of wheat, beef and sugar, despite farmers regularly battling droughts, but it’s farmers are provided no subsidies for drought insurance.

Aussie farmers say the absence of such insurance undermines their capacity to invest in increasing production and meet the growing food demand from Asia’s middle class.

Three years of drought across the east coast of Australia drove many farmers to the brink of bankruptcy.

Following this the New South Wales state government commissioned the report to investigate the feasibility of following the likes of the United States which provides agricultural insurance subsidies to it’s farmers. 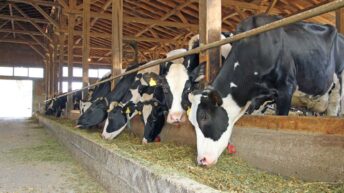 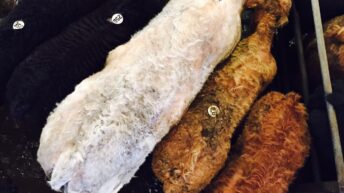