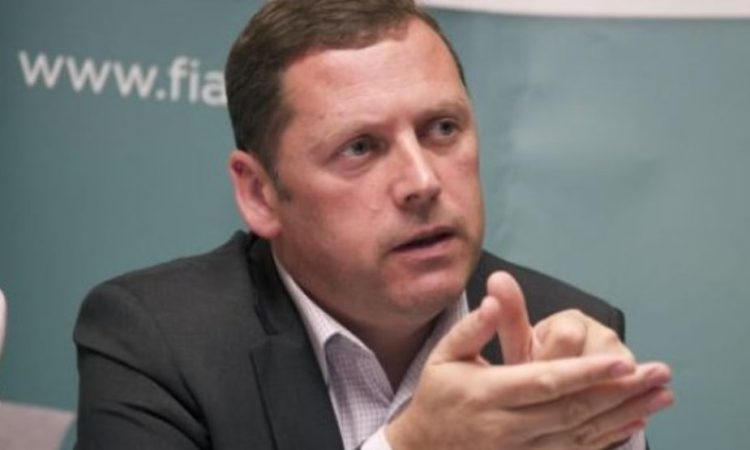 Fianna Fáil TD and former Minister for Agriculture Barry Cowen has stated that the public is “disappointed and let down” by the actions of those who attended the Oireachtas Golf Society event in Clifden, Co Galway on Wednesday night (August 19).

The event was attended by notable political figures including Dara Calleary and EU Commissioner for Trade Phil Hogan.

Dara Calleary resigned from his role as Minister for Agriculture, Food and the Marine after just 37 days in office.

We are all disappointed and let down by the actions of many public representatives for attending and breaching guidelines at an Oireachtas golf function in Clifden this week.

Cowen made the comments in a Facebook post, the main purpose of which was to address the enhanced Covid-19 restrictions in counties Laois, Offaly and Kildare (the former two of which together make-up Cowen’s Dáil constituency).

“However, let that not deter us or take from the patriotic actions of my constituents who deserve great credit and appreciation which is due in spades,” the Laois-Offaly TD added.

Restrictions lifted in Laois and Offaly

Cowen welcomed the announcement today by the National Public Health Emergency Team (NPHET), recommending the lifting of restrictions in Laois and Offaly.

The people and businesses of both Laois, Offaly and Kildare have just saved a lot of lives in their counties and beyond. They deserve huge thanks and credit.

“I hope the ongoing efforts of people in Kildare will also yield favourable results,” he said.

The Tánaiste and Minister for Enterprise, Trade and Employment, Leo Varadkar, has also announced that the government will provide further assistance to businesses in Kildare, following on from today’s decision to extend restrictions for the county.

I realise how disappointing today’s news will be for the people of Kildare. It has been a devastating few months for business owners, their staff and families.

“By extending these restrictions now, we will avoid further, more damaging measures later on. We must do everything we can to protect people.

“The people of Kildare are making a sacrifice on behalf of the entire country. I recognise that, and we are redoubling our efforts to help businesses,” Minister Varadkar.