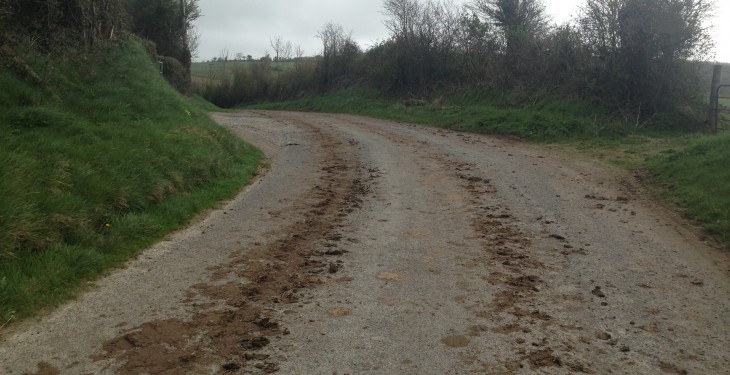 Water charges, rural roads and broadband are top of the agenda for local elections, according to the IFA’s election manifesto.

Speaking at the launch of its manifesto for the European Parliament and local elections, IFA President Eddie Downey said three of the main issues for rural dwellers are the condition of roads, water charges and the lack of broadband.

With regard to other rural issues, he said policing needs to be visible in communities and no further closure of post offices should happen.

A new nationwide broadband scheme, he said, is necessary and the Government must deliver on one that benefits all of rural Ireland. Broadband, he said, must be rolled out for all of Ireland.

He also said that the European Parliament now has a much more significant role than in the past, and will have an increasing level of influence over the future direction of the Common Agricultural Policy (CAP).

“The negotiations during the most recent CAP Reform showed a dangerous drift away from the core principle, which is the sustainable production of food for consumers that also gives farm families a fair price. We expect our eleven MEPs to defend the CAP Budget and put themselves at the centre of policy discussions, which need to refocus the debate around the secure supply of safe food for Europe’s 500 million consumers.”

The IFA President said the more immediate issues for our MEPs include CAP implementation, the early introduction of farm schemes and supporting the abolition of milk quotas next year. In addition, farmers would expect our elected MEPs to strongly defend Irish and European farmers against damaging trade deals, and to support European regulation to curb the growing power of the retail multiples. Environmental issues, and especially concerns relating to EU climate change legalisation, would also be a priority for Ireland. “Agriculture won’t save the Irish economy, but it will help and it is critical for rural Ireland. If farmers are spending more, it will help rural Ireland.”

Starting tonight in Tuam, the IFA is holding four public meetings, to which candidates will be invited to make a presentation and take questions from members. The full schedule is as follows: