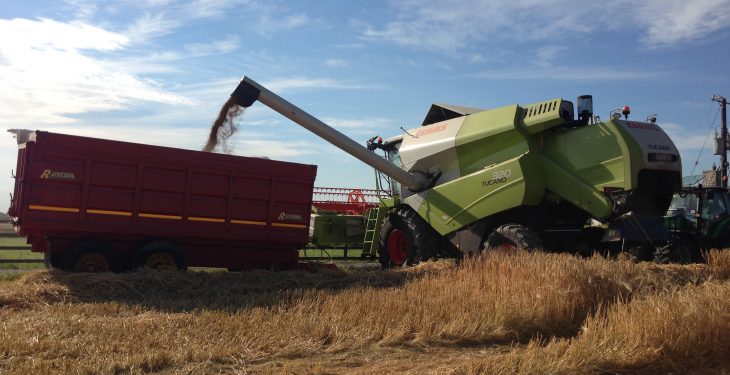 There will be a good start to the week with warm, dry weather and highs of 24 degrees, but Met Eireann has forecast rain at times too.

Sunny spells are forecast today, Monday, for a time and it will stay mostly dry, but cloud will increase from the west.

Patchy light rain or drizzle will affect parts of the west and north, mainly along coasts as highest temperatures range between 18 to 22 degrees with mostly moderate southwest breezes.

Met Eireann has said that tonight will be mild and dry with a mix of cloud and clear spells. Some patches of mist or fog will develop while lowest temperatures will be between 12 or 13 degrees.

Rainfall over the coming seven days is expected to be below average except along parts of the west coast and in some northwestern areas, while parts of the southeast are likely to see below half their normal rainfall.

Drying will vary this week but there will be periods of good drying away from the bands of rain which are forecast to cross the country from time to time. There will be reasonable opportunities for spraying this week.

Tuesday is forecast to be warm and dry for most of the day, with the best of the sunshine in the east.

Cloud will increase in the west and rain will develop along the west coast by early evening, which will push further inland through the evening.

Highest temperatures tomorrow Tuesday will range between 19 to 24 degrees with moderate to fresh southerly winds.

However, on Tuesday night rain will spread eastwards to all areas, with clearer weather and a few showers following into western areas overnight. Lowest temperatures Tuesday night will be around 11 degrees.

According to Met Eireann, on Wednesday, any rain in the east will clear early in the morning and it will be a bright day with sunny spells.

A few showers will develop, mainly in the west and north as highest temperatures vary between 16 to 20 degrees with moderate westerly breezes.

Thursday is forecast  to be dry over much of the country with sunny spells, the best of these in the east.

Rain will develop in the west and northwest and is forecast to become persistent towards evening, spreading eastwards to all areas on Thursday night.

On Thursday, highest temperatures will range between 16 to 19 degrees with moderate to fresh southerly winds.

Current indications from Met Eireann suggest that on Friday morning, rain will clear eastwards, with sunny spells and some scattered showers following.

There’ll be a good deal of dry weather on Friday with highest temperatures of 16 to 20 degrees with moderate westerly breezes.

At the moment, Met Eireann has said it looks like Saturday will become wet and blustery with persistent rain spreading eastwards across the country along with fresh, gusty southerly winds. Showers will follow on Saturday night and Sunday.