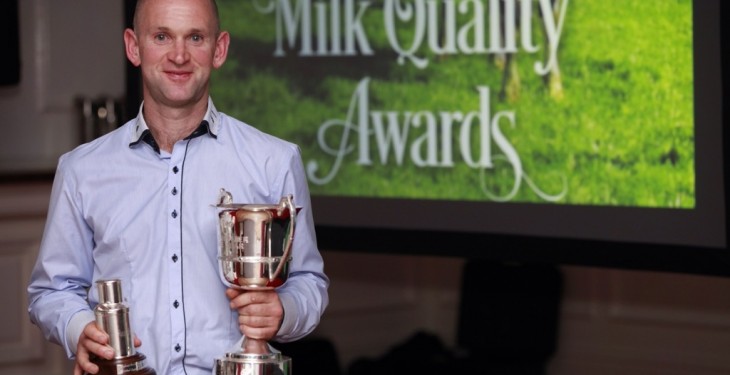 The host of RTÉ’s Countrywide Damien O’Reilly presented the awards on the evening, where the top award was won by Cathal Lowry from Loughrea, County Galway, who was named as Milk Supplier of the Year 2013.

The other category award winners included;

Speaking at the awards, Padraig Gibbons, Chairman of Aurivo said: “The annual Aurivo Milk Quality Awards highlights and rewards dairy farming excellence in our region. Eight suppliers from across seven counties were honoured at Aurivo’s awards ceremony for their dedication and commitment to producing the highest quality milk throughout 2013. Each of the category winners are excellent ambassadors for Aurivo and the dairy farming sector, by achieving and maintaining the highest standards.”

Aaron Forde, Chief Executive of Aurivo added: “Congratulations to all our milk quality award winners who exemplify all that is best in quality milk production. We are proud of the quality of our milk pool in Aurivo delivered by our 1000 milk suppliers.”

He concluded: The global customer base we have built expect perfection in every litre of milk and every kilogramme of product. We can only do that with the work and support of the owner supplier base. And we are very fortunate to have excellent suppliers who strive to the highest quality standards; their hard work deserves to be rewarded and our annual Milk Quality Awards is recognition for the hard work they put in all year.”