Have you left planting potatoes until the last minute? This video will have you up to speed in no time.

T Soanes and Son, a poultry farm in Yorkshire, is shown planting potatoes at the estate with five John Deeres and a Deutz.

As well as potatoes, wheat, barley and oilseed rape are also grown on the 12,000 acre Warter Priory Estate in the UK.

In total nine machines take part in the planting of the potatoes. A preparation team consisting of machinery such as a John Deere with a bed tiller and three John Deere and a Deutz equipped with Grimme de-stoners.

There was then a planting team of two John Deere with Grimme planters and support from a JCB Fastrac and a JCB Telehandler. No small operation by any means.

The video was filmed in East Yorkshire with a DJI Inspire One quadcopter which records 360 degree views in high definition.

Warter Priory Estate also has an Instagram page where it posts day to day action on the farm, from harvesting to planting potatoes to the weather.

One image shows four Claas Lexicon combines working together in the one field.

The 12,000 acre farm has pictures on its the Instagram page of three tractors ploughing together in the same field and an image of drilling a field. 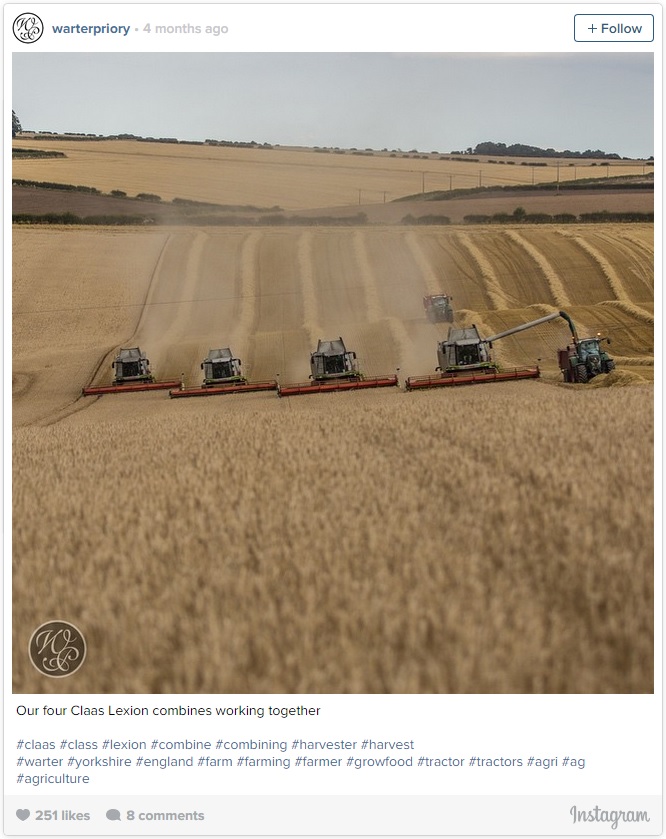 The 12,000 acre farm has pictures on its the Instagram page of three tractors ploughing together in the same field and an image of drilling a field. 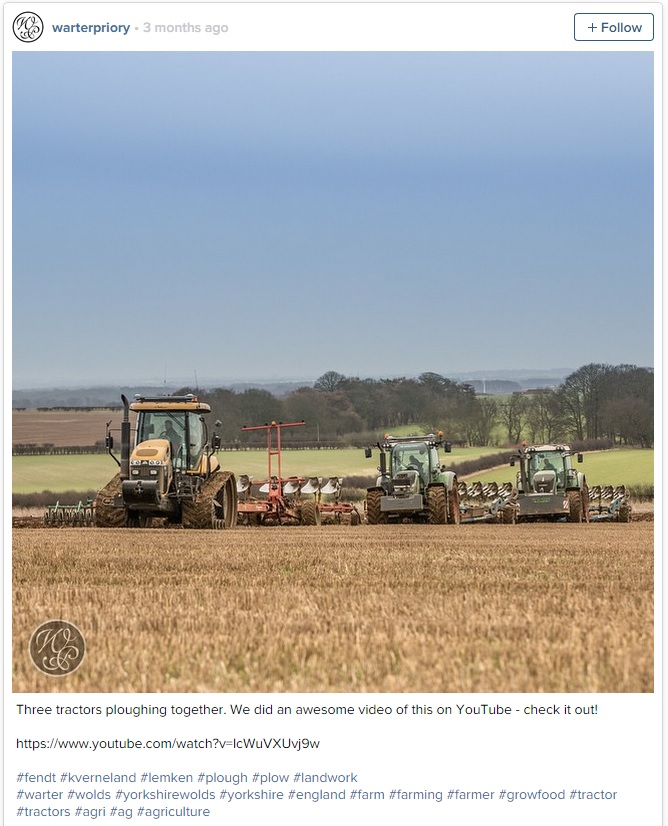 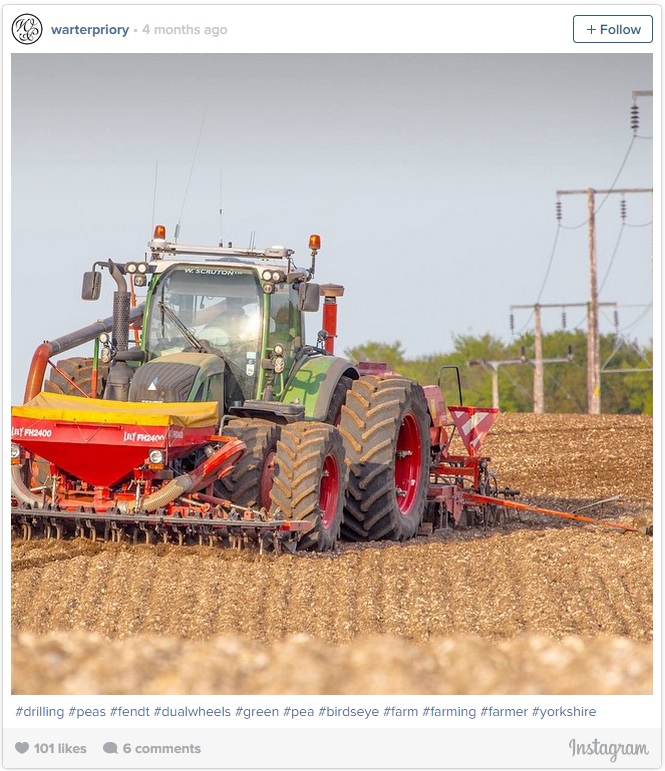