Video: Ear to the Ground looks at organic dairying and Brexit 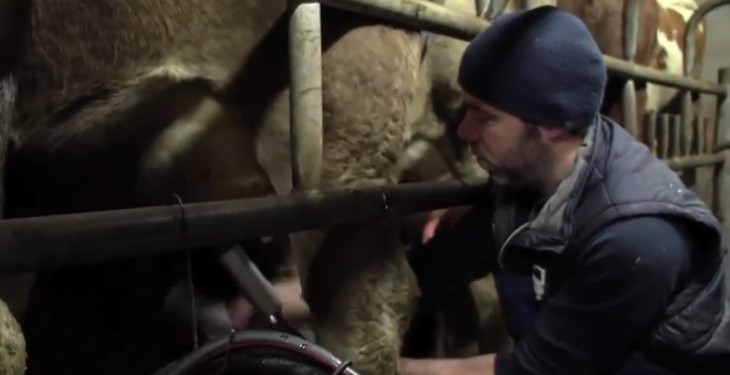 Organic dairying, Brexit and a farmer who swapped his tractor for a tank all feature on tonight’s Ear to the Ground.

Irish dairy farming sells itself on its green image and its environmental sustainability.

But falling milk prices and rising fertiliser cost threaten the viability of many dairy farmers.

With organic milk fetching more than twice per litre than conventional milk, could organic farming point the way to a more sustainable milk products system?

Ella McSweeney meets two farmers for Ear to the Ground who have taken the plunge into organic.

As Britain prepares for a referendum to determine its future in Europe, Ear to the Ground looks at how the exit will impact on Irish agriculture.

Tonight’s episode of Ear to the Ground focuses mainly the beef sector where the UK is our biggest customer and accounts for up to 50% of our annual exports.

Enda Kenny has warned of the risks we face if Brexit becomes a reality and Helen Carroll goes to the border counties and investigates where the impact is likely to be most dramatic.

Darragh McCullough meets a dairy farmer who has swapped his milking machine for military memorabilia and traded his tractor for a tank!

William Sullivan has built the Irish Military War Museum on his farm across the river from Collon, in Co. Meath.

Ear to the Ground looks at a fascinating collection of guns, medals and uniforms from both world wars brings history to life and gives visitors a hands-on experience of the hardship of war.

Dairy Ear to the Ground Organic
Loading Next Story