Video: A robotic feeding system with a difference in Co. Cork

Glen South Farm finishes close on 1,200 cattle on an annual basis on the outskirts of Banteer, Co. Cork.

Since 2012, the Banteer-based business has under-gone major change, including a total rebuild of the housing and animal handling facilities and the introduction of a Lely Vector Robotic Feeding System – the Lely Mixing and Feeding Robot.

The farm, which is owned by Frank Murphy and managed by Aine Sweeney, was the first beef farm in the world to introduce the Lely automated feeding system.

And since its installation, Glen South has been used as the standard bearer when it comes to robotic feeding systems throughout the world.

The farm hosted a Lely Robotic Feeding open day on Thursday, where farmers were given the opportunity to see the Lely Vector system in operation. 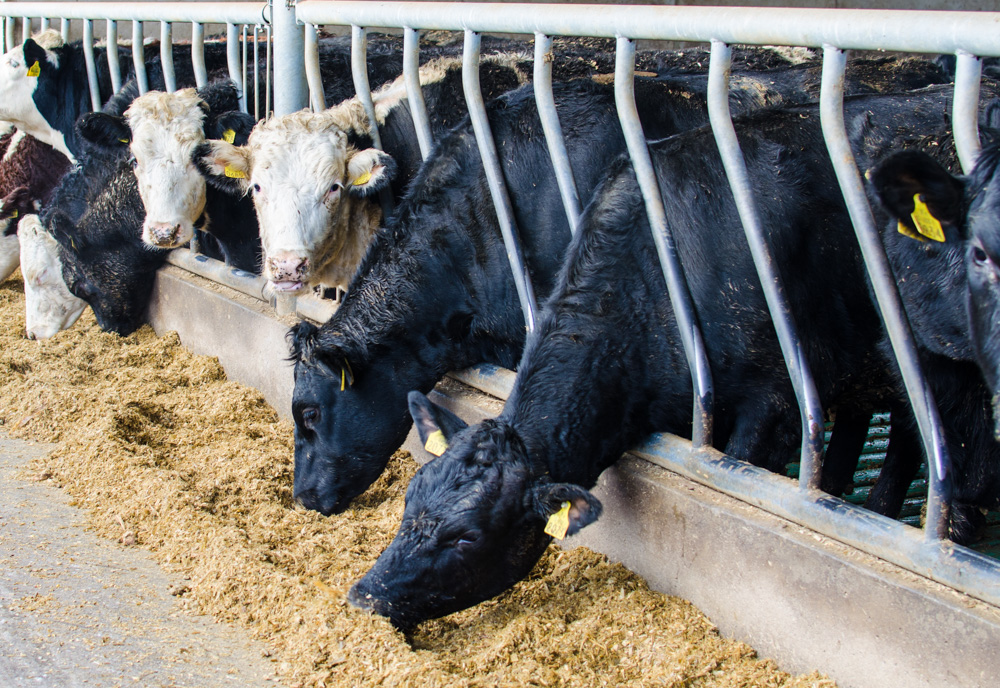 Heifers, weighing 450kg, are bought in from a number of sources and are finished to weights of 550kg liveweight or 270-280kg deadweight on diets mixed in the Lely Vector feeder.

The farm has housing facilities for 360 store cattle, which are divided into 10 pens of 36 during their stay on the unit.

Dairygold Nutritionist Coleman Purcell, who formulates the diets on the farm, discussed the diets being offered to the animals at Thursday’s open day.

Purcell said that the cattle are gaining approximately 1.3kg a day on the diets fed through the robotic system, almost 0.4kg/day more would be expected from similar diets on conventional farms. 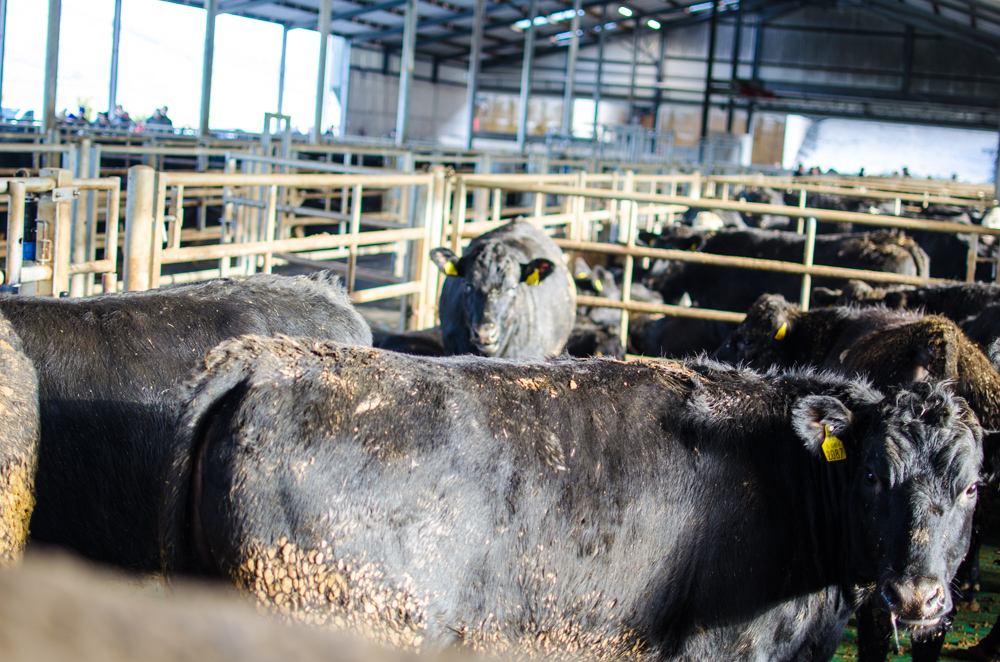 “The higher than usual weight gains seen can come from two things. The energy density of the diet, which isn’t the case or higher intakes gained from the constant feeding action of the Vector system.

“This is what we suspect is the case here,” he said.

He added that the concentrate component of the diet is added to balance both the energy and protein available in the diet. 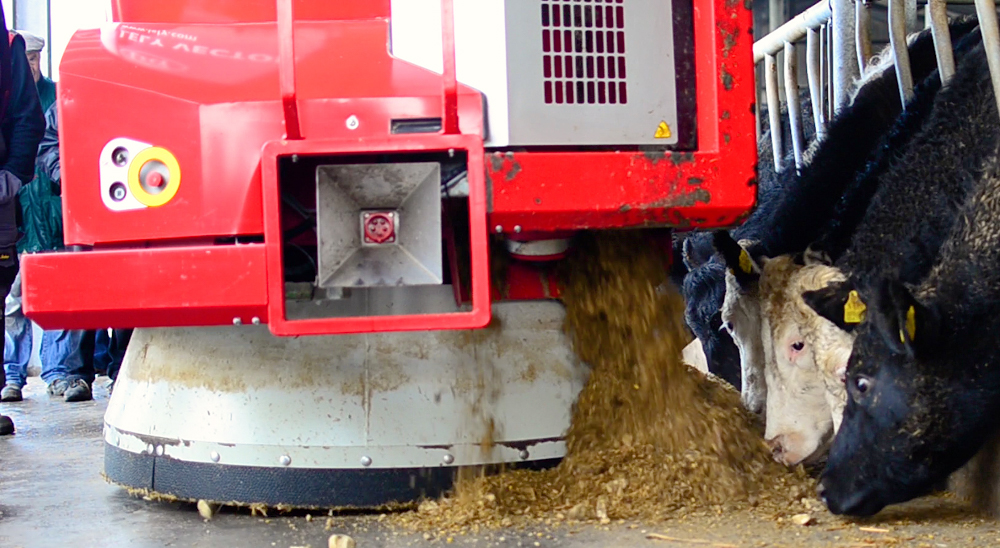 “The concentrate input is added to complement the rest of the diet. The diet is high in starch and sugar so the concentrates balance the diet for protein.

“The 3kg of concentrates contain soya bean and rapeseed meal, which provide the animals with rumen degradable protein,” he said.

In total, the diet offered to the cattle has a protein content of 12% and a Dry Matter Content of 37-38%, while vitamins and minerals are included in the concentrate to make up for the low levels seen in beet. 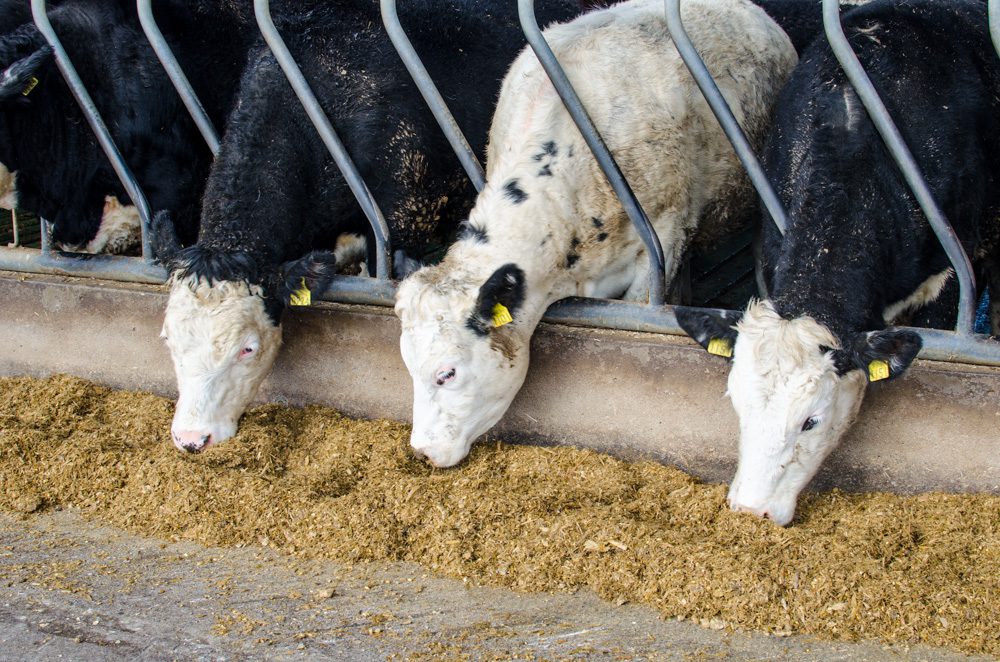 How does the Lely Vector Feeder work?

Lely’s Mitchelstown-based Service Manager, Padraig Kelly gave a run down of the Mixing and Feeding Robot to the farmers in attendance.

Kelly explained that the robot follows four routes on the farm and concrete yards are critical for the machine to be fully utilised as it is mounted on three wheels and uses ultrasonic sensors to track its route. 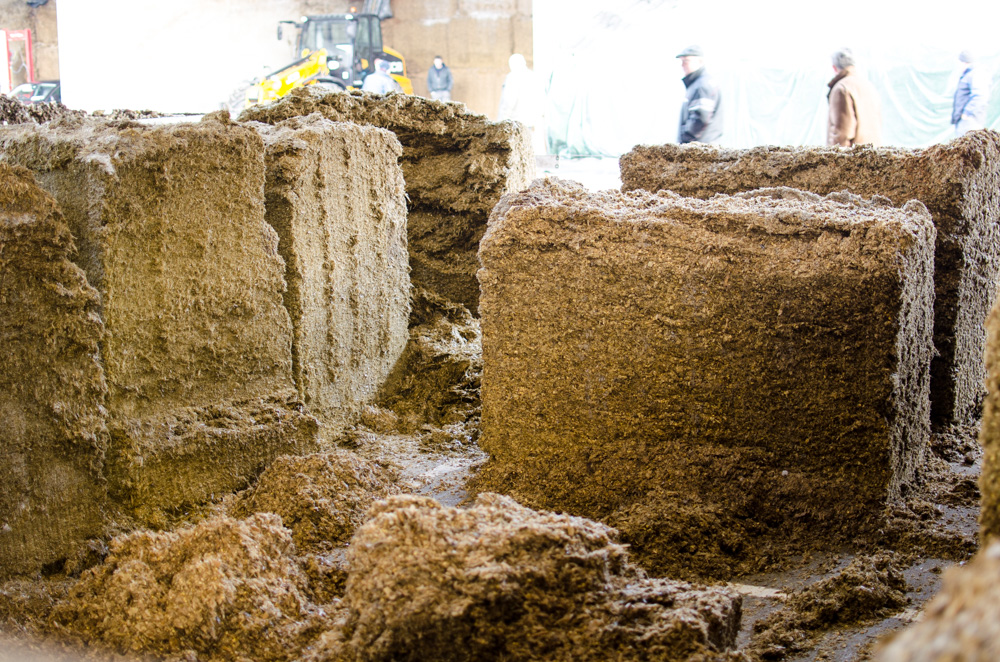 The system installed on the Glen South Farm, he said, was designed with a kitchen area and crane to maximise the machines performance.

The Mixing and Feeding Robot is fully automated, which ensures optimal flexibility for farmers using the system.

On the farm, the feed is stored in the feed kitchen, an open area without any obstacles, in which the maize silage, whole crop silage and chopped sugar beet are stored. 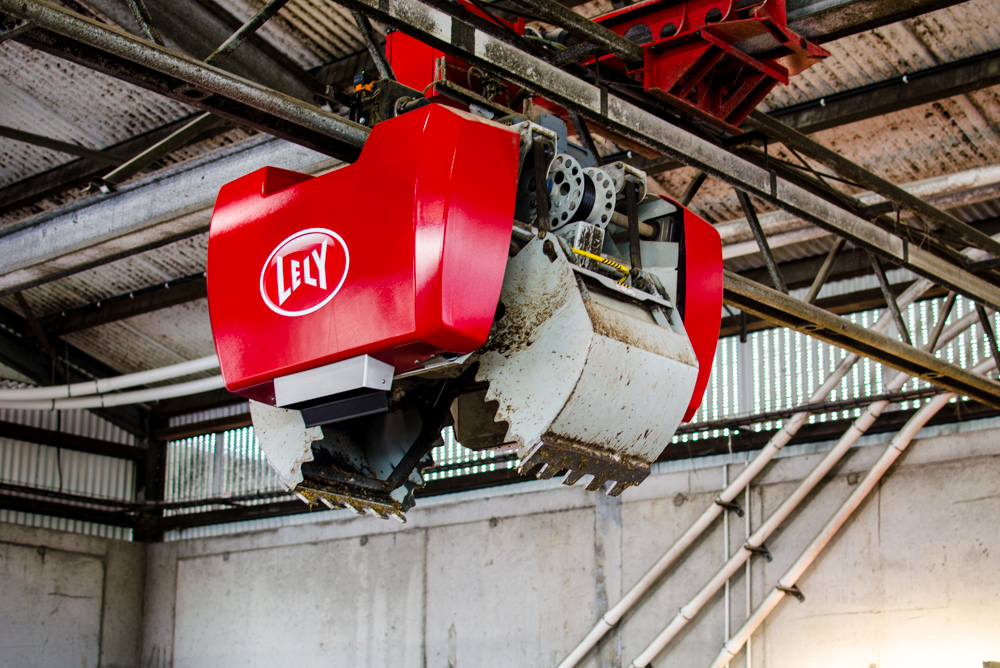 The grab used to fill the Lely Vector feeding system

A  grab moves over the feed kitchen to select the feed and loads it in onto the mixing and feeding robot. After filling, the robot mixes the contents for five minutes before distributing it out to the animals in the yard.

The robot also knows how much feed there is in front of the animals at all times and it determines when and where feed is required, without any intervention from the farmer being needed.

Experience of the robotic feeding system

Sweeney said the robot gives detailed information on the amount of feed given to each group of animals on the farm, while also ensuring that the animals are never short of feed. 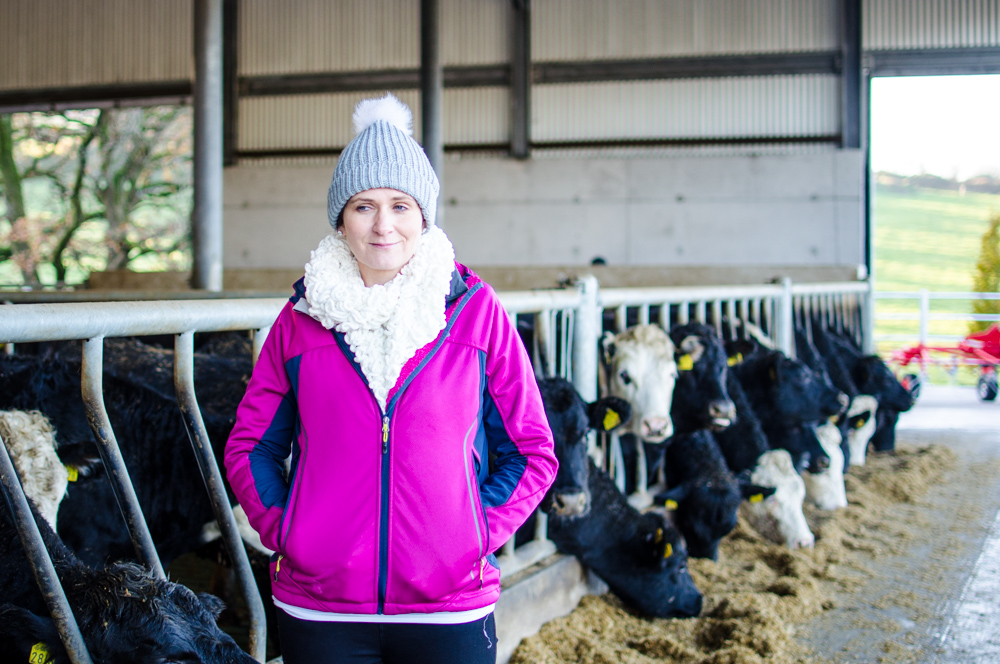 “The Vector feeding system is wonderful because it feeds small amounts all day long, so it feeds on demand.

Even when they are asleep, the Vector still goes out. I have it set every 58 minutes, it will scan the pens, push in the feed so if there is a pen that needs to be feed it will go back in and fill for that pen.

“It goes all day long. Basically, sports people eat all day long, these [the vector system] kind of do the same.

“It is not one big meal morning and evening, its constant feeding all day,” she said.

Pics and video: Using milking robots to bridge the gap between two farms