The agricultural output price index decreased by 2.4% in July 2014 compared with June 2014 according to the CSO. A key driver of the decrease in output prices over the 12 months has been the well documented fall in beef prices.

The CSO figures also shows that the agricultural input price index was up 0.3% over the same period. Thus, the resulting terms of trade index decreased by 2.7% in July 2014.

Output prices for cattle were 11.5% lower in July than in the corresponding month last year. Crops have also seen a big fall off in output price value down 22% on July 2013. Cereals and potatoes were the hardest hit down over 28% and 43% respectively. 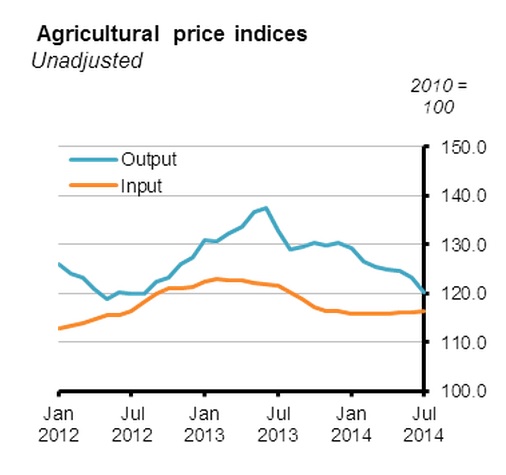