Unsettled week in store across the country – Met Eireann 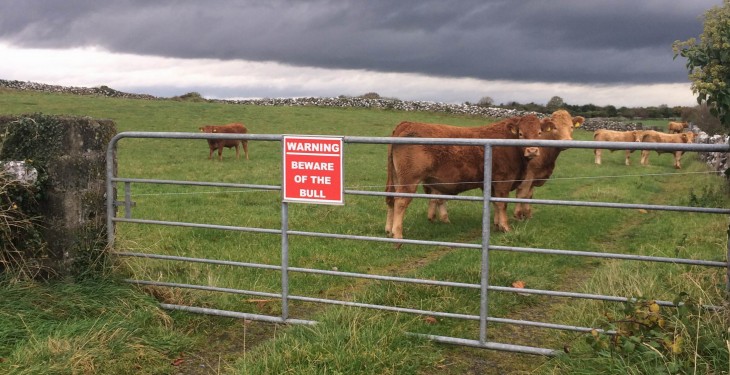 It will be another unsettled week weather wise, with scattered showers and drizzle, Met Eireann has said.

There will be further spells of rain today (Tuesday) turning heavy and persistent in the many eastern and central parts, it said.

Met Eireann has said that rain will clear the southwest and west during the morning and the day will brighten there with just the occasional shower this afternoon.

There will be highest temperatures today of 12 to 14 degrees in moderate southeasterly winds.

Tonight (Tuesday), rain will clear from the most places early tonight and the second half of the night will be mainly dry and clear with lowest temperatures of 6 to 8 degrees, according to Met Eireann.

Tomorrow (Wednesday) will be dry and bright apart from a few scattered showers with occasional spells of sunshine, it said.

Met Eireann has said there will be highest temperatures of 12 to 14 degrees in moderate southeasterly winds.

Rain and drizzle will clear from the east of the country during Thursday morning and the day will continue to brighten, it said.

There will be good spells of sunshine on Thursday afternoon; mainly dry except for a few showers, it said, in highest temperatures of 12 to 14 degrees. Rain will spread from the south overnight, it said.

Dry with outbreaks of rain for the weekend – Met Eireann

Looking to next weekend, Met Eireann said that Friday will be mild, windy and cloudy with scattered outbreaks of rain and drizzle.

There will be highest temperatures of 13 to 15 degrees on Friday in strong southerly winds and Met Eireann has said there will be further outbreaks of rain overnight.

Saturday will be mostly dry and cloudy and it will continue mild with highs of 13 or 14 degrees and it said it will be less windy.

Sunday will be mainly dry, with Met Eireann stating there’ll just some rain and drizzle in western coastal areas during the afternoon.

It will become breezy through the day in freshening southwesterly winds with highs of 12 or 13 degrees, it said.

Drying conditions this week will be mostly poor for the coming week due to the mostly unsettled weather conditions, Met Eireann has said.

Similarly, spraying conditions will be mostly poor, it said.

Met Eireann has said most soils have been trafficable but the current wet weather will lead to saturation in most soils.