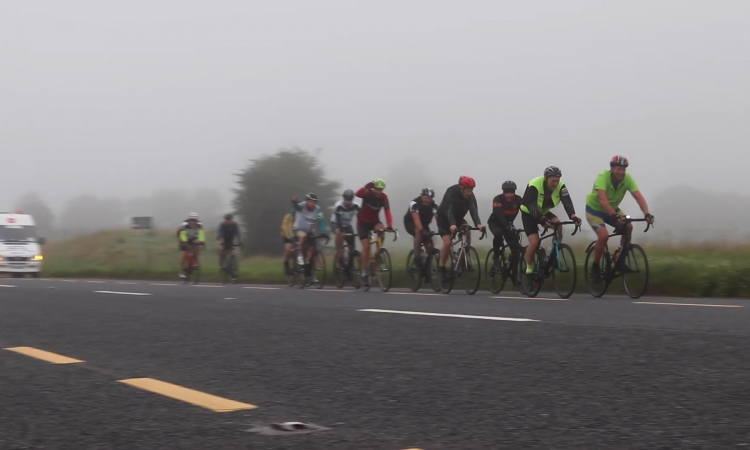 The Mayo-Ultra Cyclists completed day four of their charity cycle yesterday (Wednesday, August 19) on what was a special day for many reasons.

Not only have the team surpassed their fundraising target of €50,000, but they also stopped into Temple Street Children’s hospital yesterday, one to the recipients of those proceeds.

The team took off from Mullingar, Co. Westmeath, yesterday morning at 6:30am, before passing through counties Meath, Louth, Dublin, Wicklow and finishing up in Co. Wexford.

This year, they’re undertaking the mammoth six-day challenge in memory of James Alexander Moore, who was cared for in CHI at Temple Street, making the team’s visit there yesterday all the more special.

Some €54,000 has already been raised for these worthy causes, surpassing the target, with notable sizeable donations from several businesses in the agri-sector, as well as donations from generous private individuals.

So, how did day four go?

After the leaving Mullingar (in the company of some local farmers who got on their bikes), the team headed into Co. Meath, through Kells and Slane, and into Co. Louth.

The weather was shocking throughout most of day, but it didn’t prevent them from reaching Temple Street in Dublin, where a small but important crowed had gathered.

There, they were met by some of the nurses who had cared for James Alexander Moore, and James’ family – father Simon, mother Heather, sister Rebecca and brother William – were also there yesterday, making the stop-off at Temple Street hugely significant for all involved.

Angela McNulty, head of fundraising and communications for Temple Street, speaks in the video above about what the charity challenge means.

After recharging their batteries at Temple Street for an hour or so, the team headed south towards Co. Wicklow, passing through Bray and along the east coast, before heading into Co. Wexford, making for Enniscorthy and eventually finishing up in New Ross just before 10:00pm last night.

The weather was a problem all day, with the team’s gear sodden and cold, prompting their support crew to put out a call on social media for anybody in the Co. Wexford area who might be able to take in their cycling gear and dry it out.

Luckily, one good Samaritan in the New Ross area came forward to offer their services, having the things dried out and ready to go this morning.

A good end to a big day. If only something could be done about the rain… 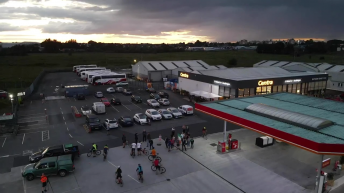