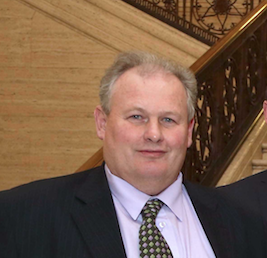 A row is emerging in Northern Ireland, over the definition of what an ‘active farmer’, with the Ulster Farmers’ Union (UFU) criticising the Northern Department of Agriculture and Rural Development, (DARD) over what is says is a bureaucratic shambles emerging around who can be defined as an active farmer.

The Union’s President Harry Sinclair said; “For something which should have been so simple DARD’s inability or unwillingness to set down clear definitions has created a minefield for both farmers and landowners. This has resulted in significant numbers of genuinely active farmers losing land or being forced to consider unacceptable letting terms and conditions to secure it.”

Harry Sinclair continued; “We have known for some time that the European Commission was not going to continue to accept a situation where non-active farmers were in receipt of CAP support payments. And we had suggested a very simple solution, that activity in an historic year could be used as a criteria to define an ‘active farmer’ in order to avoid speculation and the creation of artificial conditions.

“However, despite strong support from the UK Government and other Member States, the Department’s negotiators failed to secure an acceptable definition in the run up to the political decisions in June of last year. This was a fatal mistake especially when the Irish Presidency was leading the negotiations and they understood more than anyone, just how important the conacre system is to farming throughout Ireland.

“DARD further compounded this error by accepting an ambiguous form of words as the definition and has subsequently failed to provide clear guidance on how that definition will be interpreted by them. The result is that many farmers are losing land, some of which they have farmed for many years, as landowners create a variety of arrangements which they believe will mean that they are now active farmers. Meanwhile solicitors and estate agents have concocted a plethora of schemes and agreements, most of which bear little or no relation to what the land will actually be used for nor to the use for which CAP direct support is intended. I can see many of these so called agreements being unenforceable in the future and indeed deemed as creating artificial conditions. Landowners need to be aware of this and that they could be investigated for submitting a fraudulent claim and ultimately prosecuted. Unfortunately, before this is all sorted out there will be years of ill feeling and probably even court disputes between farmers and landowners which will do little for the future prosperity of either.

“All of this could have been avoided,” concluded Harry Sinclair; “but unfortunately this is the sort of shambles we get left with when the industry has a Minister and a Department that do not really understand what makes the sector tick.”