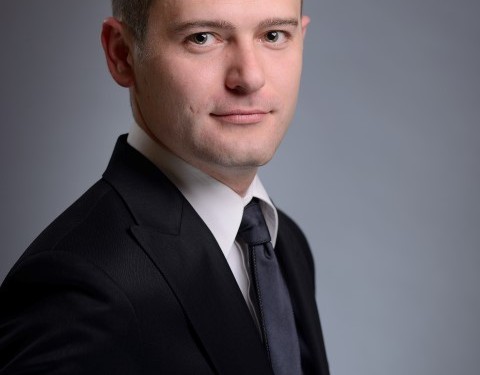 Taras Gagalyuk, Director of the AgriSurvey Agency within the Ukrainian Agribusiness Club in Kiev

With all the dramatic pictures, and turmoil being presented from Ukraine on our TV screens in recent weeks, it is easy to forget Ukraine’s key strengths and great potential. This is especially true in Agriculture and Food. We should remember that;

Agriland spoke with Taras Gagalyuk, Director of the AgriSurvey Agency within the Ukrainian Agribusiness Club in Kiev to discuss the possibilities for agriculture growth in Ukraine.

Taras Gagalyuk: Ukrainian agribusiness plays a prominent role not only in the economy of Ukraine but also at both a regional and global levels. Ukraine is closely integrated and holds leading positions in global grain and sun-oil markets, and supplies of agricultural commodities to Asia. We have also see an influx of capital investment from Ukrainians into agribusiness in recent years, together with investments from both Russian and EU based investor, and many Initial Public Offerings (IPO’s) and listings on international capital markets, etc. – this list of recent achievements of Ukrainian agribusiness is far from being exhaustive.

Most of these results have been achieved in spite of little strategic orientation of the agricultural policy in the country. While the Government is still thinking which direction to choose as the first priority – socially oriented agriculture with the focus on rural development or a highly technological and export-oriented agribusiness – the Ukrainian agribusiness system has itself generated the pathways for growth it is taking today.

First of all, the rapid development of large Agri-holdings (from 10,000 hectares to above 500,000 hectares in size) has significantly contributed to the achievement of positive results in agriculture. Structural and institutional shortcomings have led to creation of this form of agribusiness organization. In turn, this enticed financial resources from other business sectors into agribusiness, as well as from foreign institutional and private investors, leading to significant capital inflows and technological improvement of farming systems.

As a result, production volumes of major crops such as corn, wheat and soybeans grew by 60-100% in 5-7 years. Additionally, growth of exports of the main commodities would have been impossible without huge investments in infrastructure. Over the last decade, Ukrainian Agri-holdings and international grain traders invested about US$5 billion in infrastructure construction such as modern silos and ports, including access roads, electricity lines, etc.

Ukraine has also seen group in farming models similar to EU based “Family Farms”,  i.e. mid-size and small farmers. This segment is of particular importance for national food security. Although these farmers predominantly focus on arable farming, small-scale and mid-size farmers are subject to the spillover effects from Agri-holdings and imitate their strategies, in particular with regard to implementation of new technologies such as no till and strip till farming methods.

Further steps, which are currently in focus at the moment, involve the development of rural infrastructure and the improvement of production efficiency.